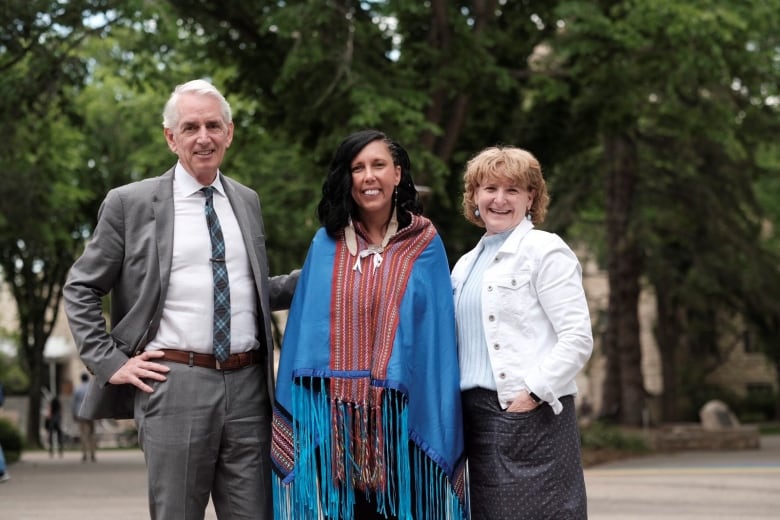 After months of deliberations on how to prevent “pretend Indians” from taking jobs and scholarships meant for real Indigenous people, the University of Saskatchewan has decided to rely on Indigenous governments to verify identity.

And that means relying on status cards and the Métis citizenship register.

Both are controversial in some circles.

Last fall, the university found itself in the midst of a national scandal after a UKTN investigation revealed that Carrie Bourassa, a high-profile professor at the U of S who claimed to be indigenous, was in fact of all-European descent. She subsequently resigned from her position.

Up to that point, the university relied on the honor system when it came to indigenous ancestry. If someone identified themselves as Métis or First Nations, that was considered sufficient.

However, US President Peter Stoicheff said in an interview that it has become clear that “self-identification is no longer enough” and that “documentation and verification will be required” in the future.

The university convened a 28-member task force composed of indigenous elders, professors, politicians, administrators and others to determine what to do next.

Stoicheff says the task force has come to the conclusion that the university should not interfere in deciding who is and who is not indigenous.

“The main feature is that it’s not up to us as a university community to determine,” he said. Stoicheff added that on the advice of the task force, the university will look to indigenous governments, including First Nations band councils and the Métis Nation-Saskatchewan (MN-S) “to determine what that documentation looks like.”

Mark Arcand, chief of the Saskatoon Tribal Council, which represents seven First Nations, says the U of S is on the right track.

“What I’m happy about the University of Saskatchewan is that they relied on the indigenous people to actually come together and say, ‘This is what the expectation is when you apply for a position at the university,'” said Arcand, who served in the task force that, he said, met every two weeks from January to June.

According to Arcand, it is a “black and white” matter to determine who a First Nations person is.

That proof, he says, is the Indian status card issued by the federal government to all First Nations band members.

He says those cards prove that someone has a First Nations mother or father and is a legitimate heir to the treaties that Canada has signed with Indian people.

“So it’s a very influential card… to justify coming from First Nations roots,” he said. “I can go on behalf of the First Nations people and I’m pretty sure every chief in this province would support it and say, ‘Yeah, show your true identity,’ which means — here’s your card.”

He said the days of the honor system are over, “so the property rests with the individual to justify and prove their credibility or their ancestry through that process. We are proud to display our citizenship through our status card.”

Some indigenous people are offended by relying on a map to prove their identity.

Recently, Réal Carrière, a Cree and Métis scientist at the University of Manitoba, called out the U of S for his new approach to identity verification.

Earlier this year, he applied for a position at the U of S reserved for an Indigenous person. But he withdrew his application after it became clear that the university would require documentation proving membership or citizenship of an indigenous community.

In an interview earlier this year, Career told UKTN, “Our identity has been checked for generations. Now we reduce it to a status card or a piece of paper? Is this reconciliation?”

Career told the Globe and Mail that he is eligible for an Indian status card and the Metis citizenship register. However, the paper reported that it refused to provide the requested documentation because it is “the product of a colonial system designed to control indigenous peoples”.

“I just don’t think the documentation process matches who we are as indigenous peoples,” he told the paper. “I found it offensive, disturbing and just plain wrong.”

What I like about the University of Saskatchewan is that they relied on the indigenous people to actually come together and said, ‘This is what’s expected when you apply for a position at the university.'”– Mark Arcand, chief of the Saskatoon Tribal Council

He says it was worse because a U of S committee of mostly Indigenous faculties interviewed him and concluded that he is Indigenous.

Stoicheff says he cannot speak specifically about the Career situation due to privacy concerns. But he did point out that months ago he promised Indigenous leaders that the university would support them in verifying Indigenous ancestry and community membership.

Given that, when he told those leaders he would hire someone on the recommendation of a committee of university staff, he said, “I don’t believe I would act as a true partner of indigenous communities or leaders.”

Chief Arcand agrees with Career that the status map is part of a system imposed by colonization, but he said, “Until we change that system, we have to follow that system.”

Despite the status map’s difficult history, he said it’s a good indicator of who is truly Indigenous because “it verifies where people are connected to a First Nation.”

“It shows your roots,” Arcand said.

He says most First Nations people have no problem showing their status card when there are benefits to be gained, such as saving tax on a gasoline purchase or a vehicle purchase.

Citizenship criteria must be met

In the case of Métis people, things are a little more complicated.

According to census data, there are about 80,000 Métis people in Saskatchewan. But at the moment, the MN-S, the political body that represents Métis people in the province, has only 25,000 people on its citizenship register.

The registry was established in 2009.

Chris Belhumeur, a policy analyst in Regina, says he recently went through the process of getting his citizenship card and found the process quite rigorous.

I just don’t think the documentation process matches who we are as Indigenous people. I found it insulting, disturbing and just plain wrong.– Réal Carrière in an interview with the Globe and Mail

However, he now sees the registry as “the gold standard” for Métis identity.

Angela Jaime, vice provost for indigenous involvement at the U of S, chaired the 28-member task force. She said that process made it clear that while many Métis people are comfortable with the Métis citizenship register, “not everyone wants to register as a citizen”.

“Some people have adamant values ​​that they don’t want to be part of that political organization,” Jaime said, adding that the policy reflects that fact.

Jaime says that by agreement between the university and the MN-S, a Métis individual applying for an Indigenous specific job or scholarship has two options: they can show their Métis citizenship card or they can go through the Métis citizenship verification process and get a letter of authentication from the MN-S registrar.

“So they don’t have to be citizens of Métis Nation-Saskatchewan,” Jaime said. “They just have to meet the criteria.”

The MN-S itself brought mixed reports about the new policy.

In an interview with the UKTN, MN-S chairman Glen McCallum directly contradicted Jaime’s explanation of the policy.

He says that if someone wants to claim to be Métis and apply for benefits from the U of S, they must be a Métis citizen.

“I have to show my Métis card for the university to qualify me or recognize me as Métis,” McCallum said in an interview on Thursday. “That’s the core of the agreement we signed – that people should register with the Métis Nation”

He said there would be no accommodation for those who “have an attitude towards the Metis nation”, or who have been “negative towards the nation” for years.

When UKTN McCallum pointed out that he was contradicting the U of S, he scolded the reporter.

“You don’t want to listen to the… [Métis] government position I have on protocols,” he said.

But late in the day, the MN-S sent the UKTN a clarification of the president’s comments, confirming that the MN-S’s position was aligned with the U of S.

“The agreement between the Métis Nation-Saskatchewan and the University of Saskatchewan is based on the verification of citizenship by MN-S,” the statement said. “Through this process, the MN-S will verify that the person is a citizen or meets the citizenship eligibility requirements.”

What about Indians with no status?

Kelly Mortensen, an unstatus Indian from British Columbia, contacted UKTN after the new U of S policy was announced.

He said that while he agrees there is a problem with ‘pretending Indians’, this new policy has a blind spot.

Mortensen says that although he is an indigenous person, he has no intercourse: according to his birth certificate, he was born of Indian and Czechoslovak descent.

“I can point to a territory, but I can’t point to a community,” Mortensen said.

Jaime says the university is setting up a standing committee of indigenous peoples to get through difficult situations like this. She says there could also be challenges when indigenous people from other countries come here, so the committee will have to think about that too.

She says that to her knowledge, the U of S is the first university in the country to adopt an Indigenous identity policy. She hopes it can serve as a template for others.

“It creates a systemic change that over time will help everyone,” she said.