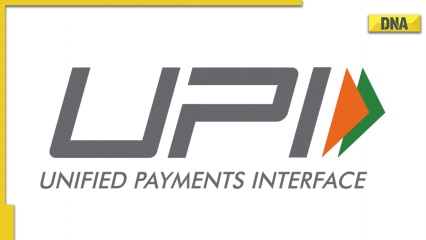 Excited that India was recognized as the “Country of the Year” at Europe’s largest start-up conference – Vivatech 2020, an Indian diplomat in France said that the unified payment interface (UPI) and Rupay cards from India will soon be accepted in France. In an exclusive interview with ANI, Jawed Ashraf, India’s Ambassador to France, said, “India kicked off the process in France by signing a Memorandum of Understanding (MoU) between National Payments Corporation of India (NPCI) , International and Lyra Network of France. “

Ashraf said that when he was Singapore’s ambassador, he tried to launch the Bhim QR and Rupay cards in the city-state. “We have tried and launched successfully. Most merchandise accepts UPI payments and Rupay cards. I strongly believe that we can do this in Europe too. We are trying to launch UPI and Rupay cards in France soon. We will have to discuss with the central bank, the regulator, as well as companies here in France. In France, there is very less use of digital payment. But it must be integrated and transparent. It lacks efficiency as we have in India,” Ashraf said.

He also shared his experience with the fluid and transparent digital payment method and its effectiveness in France.

“The doctor asked him to pay in cash or by check. He has to go to an ATM to withdraw the money and pay the doctor. If UPI comes to France, it will benefit the French people. If we share the profits of UPI with the French, then they will accept it. Regulators, banks and companies will accept it. If we implement it at the Banque de France, then I think we can push it for the European Union as well” , Ashraf explained.

However, the ambassador said, “We will have to start with France first. Some banks like BNP Paribas, Société Générale, etc. are present in India and know the success of UPI. “As India leads the world in digital technology, Ashraf said he has grasped the problem of the shortage of semiconductors in the world.”

Meanwhile, Europe’s biggest start-up conference Viva Technology 2022 has recognized India as the “Country of the Year”.

Paul Hermelin, President of Capgemini, said: “India could be better positioned in France, as the Indian economy, Indian education and young population continue to compete with new technologies. Roberto Balzaretti, Swiss Ambassador to France, who visited the India Pavilion at Vivatech 2020, told ANI that India and Switzerland will join intelligence.

“We have everywhere to build something together that makes sense. What I see here at the India Pavilion is fantastic. At the India Pavilion, I see small drones that can transport vaccines to parts of the country Indian startups are innovative technologies for the welfare of people, this is the only way to move forward, to cooperate with a collaborative approach,” Balzaretti said.

The Swiss ambassador said that India is a big country twice the size of Europe, so it makes sense that there are more unicorns. companies, but it should benefit everyone. If you have a relationship between unicorns and a favorable environment for the development of new technologies for all, that is what we are looking for. India is a fantastic country and you have a fantastic population, a young population and a fantastic idea of ​​what you can do in the future. But you have to put it all together. Competition is good, cooperation is even better,” said Balzaretti.