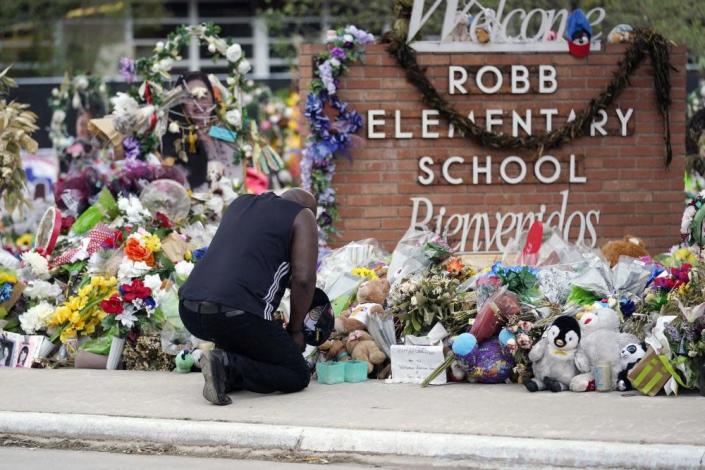 US senators have announced agreement on a bipartisan gun violence bill, marking a small but notable breakthrough on gun control in the wake of recent mass shootings.

Nine days after Senate negotiators agreed to an outline proposal — and 29 years after Congress last passed major gun restrictions — Senators Chris Murphy, a Democrat, and John Cornyn, a Republican , told reporters on Tuesday that a final agreement on the details of the proposal had been reached. .

The legislation would toughen background checks on younger gun buyers, force more sellers to complete background checks, and toughen penalties for gun smugglers. It would also disburse money to states and communities to improve school safety and mental health initiatives.

The bill also contains provisions aimed at tackling domestic violence, including prohibiting dating partners convicted of domestic violence who are not married to their victim from obtaining firearms. And it would provide money to the 19 states and the District of Columbia that have “red flag” laws that make it easier to temporarily take guns from people deemed dangerous, and to other states that have prevention programs. violence.

See also  At Pride, celebrations in a darker national environment

Lawmakers released the 80-page bill on Tuesday evening. The measure is estimated to be around $15 billion, which Murphy says would be fully paid for.

The legislation misses much more powerful proposals that Joe Biden supports and that Democrats have pushed for years without success, such as banning assault weapons or raising the minimum age to buy them, banning high capacity magazines and the requirement of background checks for virtually all firearms. Sales. Those measures were derailed by Republican opponents in an evenly divided Senate.

But the bill, if passed, will still represent a small but telling change on an issue that has defied compromise since Bill Clinton was president. Congress banned assault-style firearms in 1993 in a ban that expired after a decade, lawmakers’ last sweeping legislation dealing with gun violence.

Senators seized the momentum following the devastating murders in Uvalde, Texas, and Buffalo, New York. Murphy said that after Buffalo and Uvalde: “I saw a level of fear on the faces of parents and children I spoke to that I had never seen before.” He said his colleagues had also encountered anxiety and fear among voters “not only for the safety of their children, but also for the government’s ability to stand up at this time and do something, and to do something meaningful.”

This bill, Murphy said, was a partisan breakthrough that would “save thousands of lives.” Prior to entering the Senate, his House district included Newtown, Connecticut, where 20 children and six staff members perished in a 2012 mass shooting at Sandy Hook Elementary School.

“Some think it goes too far, others think it doesn’t go far enough. And I understand. That’s the nature of compromise,” Cornyn said.

But he added: “I believe that the same people telling us to do something are sending us a clear message, to do what we can to keep our children and our communities safe. I am convinced that this legislation takes us in a positive direction.

Senate Majority Leader Chuck Schumer said his chamber would immediately begin debating the measure and move to final passage “as quickly as possible.”

And in a positive sign about his fate, Senate Minority Leader Mitch McConnell voiced his support, calling it “a popular, common-sense set of measures that will help make these horrific incidents less likely while respecting fully the Second Amendment rights of law-abiding citizens.”

The National Rifle Association, which has spent decades derailing gun control legislation, said it opposes the measure. “It is insufficient at all levels. It does little to truly tackle violent crime while opening the door to unnecessary charges over the exercise of Second Amendment freedom by law-abiding gun owners,” the group said. gun pressure.

The measure will require at least 10 Republican votes to reach the 60-vote threshold that big bills often need in the 50-50 Senate. Ten Republican senators had joined 10 Democrats in supporting the framework, and Cornyn told reporters that “I think there will be at least” 10 GOP votes for the measure.

What is uncertain is whether the agreement and its passage would mark the beginning of slow but incremental congressional action to curb gun violence, or the culmination of the issue. Until Buffalo and Uvalde, a numbing parade of mass murders — at sites including elementary and high schools, places of worship, military installations, bars and the Las Vegas Strip — resulted in only a stalemate in Washington.

“Thirty years, murder after murder, suicide after suicide, shooting after shooting, Congress has done nothing,” Murphy said. “This week we have a chance to break that 30-year period of silence with a bill that changes our laws in a way that will save thousands of lives.”