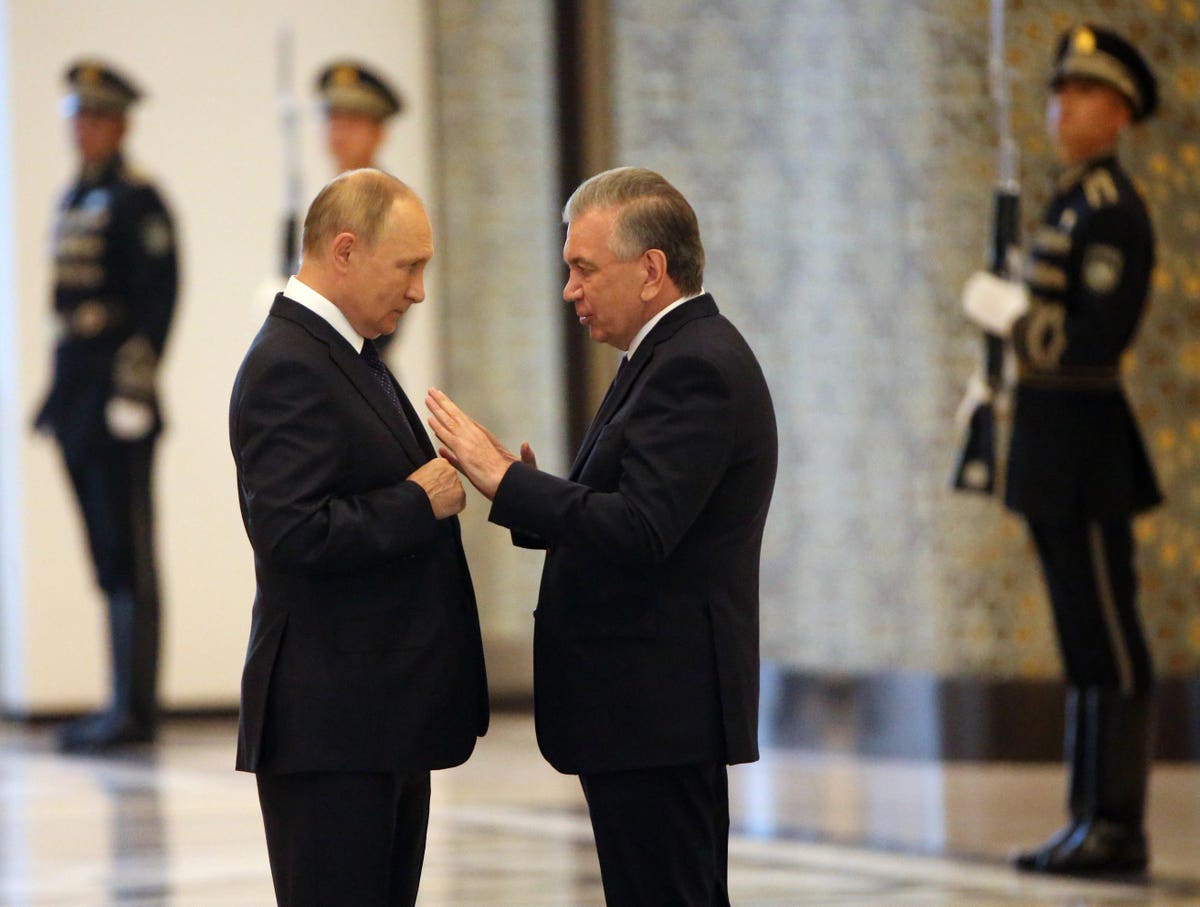 What has Russia lost this year, is China in danger of losing and does Uzbekistan want? It is the most favored nation trade status, known as Permanent Normal Trade Relations. Russian sanctions have hurt Uzbekistan, and while they have just started moving towards a more modern economy, the landlocked, low-income Central Asian country says it is facing collateral damage caused by the sanctions regime.

A Most Favored Nation (MFN) clause requires a country that grants a trade concession to one trading partner to treat everyone equally. The MFN clause, which has been used in trade agreements for hundreds of years, and the principle of universal equal treatment are the basis of the World Trade Organization. For the US, such status is only given to WTO members.

Uzbekistan is not yet a member. It only opened up to the world relatively recently, after living in autarky for many years, with closed borders and non-convertible currency under former president Islam Karimov until 2016. Since then, current president Shavkat Mirizyoyev has been successfully playing catch-up. Covid and sanctions against Russia have caused detours.

The Uzbek government created a working group to join the WTO in June, after first contacting the body in the late 1990s. It is rare for a non-WTO member to ever receive preferential trade treatment with the US. China didn’t get it until WTO membership was a sure thing. Russia lost it this year as punishment for its war with Ukraine.

However, the war in Ukraine, US competition with China and US interests in Central Asia may enable Washington to accelerate Uzbekistan’s access to the WTO and grant it PNTR sooner rather than later. But this is the best case scenario.

“(We are) fully focused on implementing a reform program that will usher in a new era of macroeconomic stability and prosperity for all Uzbeks,” said Jamshid Kuchkarov, deputy prime minister.

Uzbekistan looks to DC for a helping hand

The war in Ukraine has clouded the prospects for a post-pandemic economic recovery for emerging and developing economies in Central Asia.

China’s Zero Covid policy has also been a headwind for Uzbekistan; unable to source supplies and find weaker markets in China for their exports.

Economic ties with Russia have suffered, but GDP growth in Uzbekistan has remained positive. According to the World Bank, it is likely to reach 5.3% this year. The economy is doing better than most in the region. Their 5.3% growth trajectory for this year is down from 7.4% last year.

As a result of the slowdown, fiscal policies designed in part to appease WTO and international bondholders are now expected to be postponed to protect social programs needed in response to food inflation.

Increasing logistical challenges related to sanctions against Russia are expected to slow private consumption growth in 2023. Uzbekistan officials claim that the country, a trusted partner for the US during the war in Afghanistan, is suffering from Russia’s sanctions policy of the West.

Uzbek banks have also instituted new controls on exported goods that could be used for military purposes, as stated by the Ministry of Commerce’s Bureau of Industry and Security.

“Uzbek businesses are facing some side effects of sanctions,” said a government official who asked to remain anonymous because of talks with the US on the matter. “There have been challenges regarding importing raw materials and components from Russia as these transactions and payments for these raw materials have been frozen by the Treasury Department,” said this individual.

Uzbekistan’s business interests know, with the help of the state, that permanent normal trade relations are unlikely before WTO accession. They are looking for normal trade treatment, especially for at least one product: textiles. This is a sector that has almost completely disappeared in the United States and is dependent on China, India and Central America for yarns and finished products.

Uzbekistan is not located near major ports. So to get exports to Europe and US would rely on rail to port and air freight. There is a railway project in the works that links Afghanistan and Pakistan, but both countries have had time and again political crises that make this project unreliable.

Last year, the US Department of Labor removed cotton from Uzbekistan from the forced labor waiting list, likely opening up new markets for the Uzbeks. Uzbekistan can play a key role in the supply chain of US textile apparel companies, particularly for brands that produce in India, as China is likely to stick with its own cotton despite banning Xinjiang cotton from US supply chains due to alleged prison labour.

In 2020, the main US imports from Uzbekistan were silver, pepper and some chemicals. Uzbekistan is one of the few countries where the US has a trade surplus. Our largest export products are agricultural machinery and vans. Last year’s surplus with Uzbekistan was $213.9 million.

Regarding next steps for Uzbekistan’s WTO Working Group, President Taeho Lee of the Republic of Korea left further dates open for discussion and pending Uzbekistan’s progress in bilateral market access negotiations. Once they are in, Uzbekistan will have what Russia once had: permanent normal trade relations. It may take a while, but it will happen. Former Soviet Republics, Kazakhstan, Kyrgyzstan and Tajikistan are all members.

For now, Uzbekistan is likely to accelerate entry into textile markets in Europe and India and build new supply chains that could lead to the US

Uzbekistan’s largest foreign export market is the UK, followed by Russia and China. Most of the imports come from Russia, China, Kazakhstan and South Korea.

But Russia is the linchpin in the story. Uzbekistan had a tailwind after Karimov, then was hit by a pandemic and supply chain disruptions that hit China, and a war instigated by Russia.

Nevertheless, inflation is holding up quite well, at around 12% and stable. It was higher in 2018. Compare that to the UK, which released 12-month rolling inflation data of 11% on Nov. 17.

“Interest in Uzbekistan is on the rise with increased visibility, market accessibility and foreign direct investment under President Mirziyoyev,” said Mikhail Volodchenko, Emerging Market Bond Fund Manager for AXA Investment Management. “They had some social unrest in the summer following a planned curtailment of autonomy in the Karakalpakstan region, but Uzbekistan remains stable overall and reforms continue and have been improving since 2016,” he says. “Within the region, we prefer Uzbekistan.”

Suppose the Eurasian landmass and the countries within it will become the next great frontier, spurred by Chinese investment through its One Belt One Road projects. In that case, Uzbekistan has a young population, solid economic growth and still has leadership committed to moving the country up the economic food chain.

On the geopolitical front, Uzbekistan is expected to maintain its neutral, balanced foreign policy, looking east and west, while expanding ties with India in the south.

Multinational American companies that do not want to lose market share to China in Central Asia will remain in Uzbekistan, and Washington’s continued commitment to control China will increase engagement with the country.

This year, the country adopted a new development strategy for Uzbekistan for the period from 2022 to 2026. The President’s Chief of Staff Sardor Umurzakov says: “One of the main priorities of our new strategy is Uzbekistan’s accession to the WTO.”