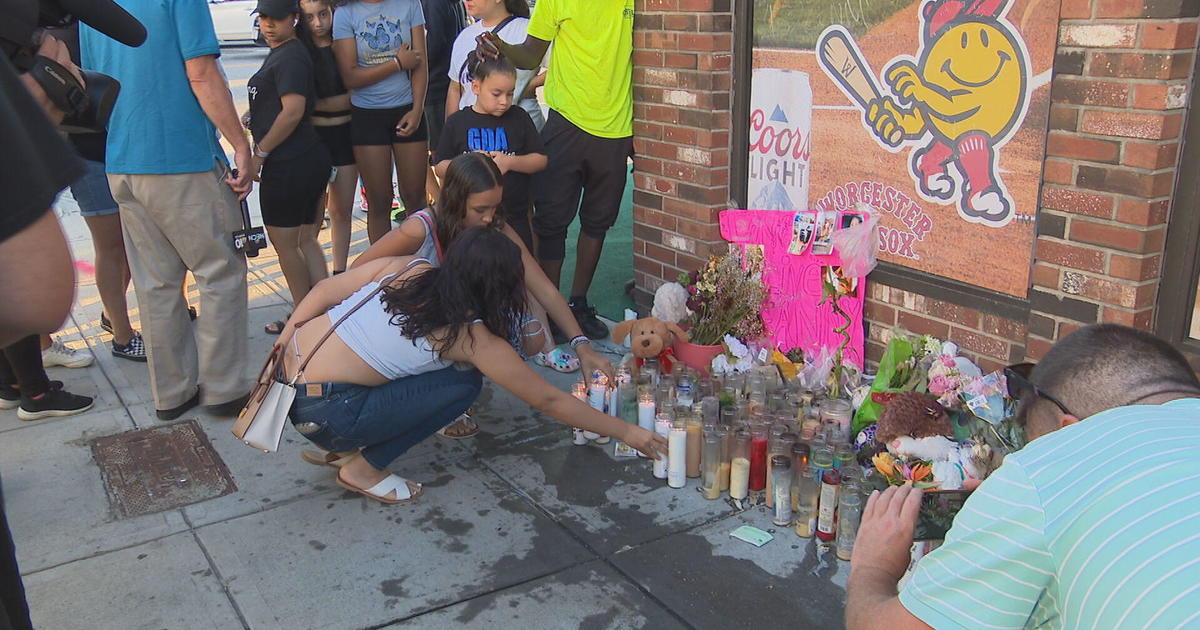 WORCESTER – A community gathered around a street corner memorial to a 13-year-old girl on Saturday killed last weekend when the speeding, stolen SUV she was driving ran a red light and hit two other cars.

Those who came did not judge.

“Today it’s not about anything or anyone but the families, and also the children who may have been affected by this,” said community activist Latoya Lewis.

Four other teens in the SUV were seriously injured, including a classmate of 12-year-old Adrian Browne-Jackson.

“We’re trying our best to manage it and trying to work through it together as friends,” Brown-Jackson said.

The crash sparked a furious debate this week, with some of the teens’ relatives claiming that the police first gave a dangerous chase and then took the time to get to the scene of the accident. Police say there has never been a chase and there has been no delayed rescue.

“We offer our support and prayers to the families, the children involved. They are our children and that is why we are here today,” said Petty.

On Saturday, friends and classmates of the teens were invited to write messages to them on cloths, in the hope that they will live the ghosts of those in the hospital and provide some comfort to the family of the girl who was buried on Saturday.

“We want to be able to send this out to the family so that when the kids recover and they come home they can see all the support the community has had for them,” Lewis said.

It was an uneasy vigil as the five teens are accused of breaking the law when this tragedy happened. But one parent was quick to note that healing and forgiveness are both important lessons.

“You know, they’re going back to school in a few weeks, and it’s a life-changing event for all of them. And they’re kids,” said parent Makaliah Brown.

A 15-year-old remains in a critical condition and still in a medically induced coma.

Ken MacLeod is a general assignment reporter and anchor at WBZ-TV News.