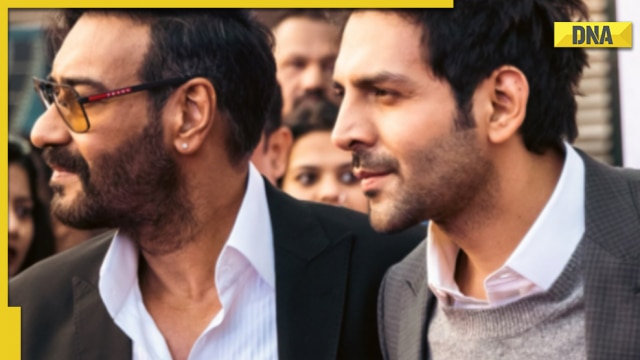 Trust Kartik Aaryan to do things his own way. The actor, fresh from the success of Dhamaka and Bhool Bhulaiyaa 2, has promoted Ajay Devgn’s latest film, Drishyam 2, in a unique way.

This directly references Devgn’s character Vijay Salgaonakr in Drishyam. He plays a cable television operator in the film, the second part of which will be shown in theaters last Friday.

Even at the box office, Drishyam 2 is making solid progress and is on its way to a collection of Rs 100 crore in its first week. It opened bigger than the biggest Hindi hits of the year so far like Bhool Bhulaiyaa and Brahmastra.

Aaryan has referenced a famous dialogue in the movie where Ajay Devgn and his family cheat the local police officers about their whereabouts and present an alibi that wasn’t there in the first place. Later, it also took the world of memes by storm and became a part of popular culture.

Both Ajay Devgn and Kartik Aaryan are looking forward to a good year in terms of releases. While Devgn gears up for the release of projects like Crikus, Maidaan, and Bholaa, Aaryan also has a solid lineup with films like Freddy, Shehzada, and Satyaprem Ki Katha.

A lot depends on these two actors and their upcoming projects, and so the camaraderie between them will only help them professionally.