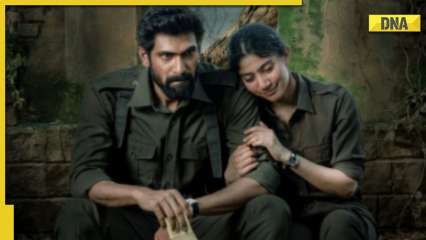 Venu Udugula, the director of Virata Parvam, said during one of the film’s promotional events that Rana Daggubati deserved praise for her work. Despite the fact that the heroine is at the center of the plot, Rana consented to appear in Virata Parvam, which, according to the director, makes him humble.

Rana and Sai Pallavi star Virata Parvam is having a decent buzz ahead of its premiere. To boost the buzz, the film’s producers had held the Aathmeeya Vedika event earlier on Sunday.

Venu Udugula began his remarks by thanking all the distinguished visitors and film crew members, saying, “Warangal is the site where even failures reincarnate into revolutions.

And it is in such a setting that I am struck by one of the deaths that occurred in 1992.

“I was taken aback when I learned that this particular death was linked to a number of political issues. So I decided to write a tale about it, and I told you this story, mixed to a great love story.

“When I started composing the story, I started dreaming about this particular role, Vennela. It’s not the typical love of a girl. It’s like Siddheshwari’s love for the Lord Shiva, so pure and sacred. I am delighted that Sai Pallavi has accepted to play this role”, he continued.

Venu Udugula said, “Even though Rana tackles modest activities like presenting a short film or distributing a small film, he elevates everything he does into a work of art. For this film, he did the same. I would like to express my gratitude to him for agreeing to play in a film with an important role for Vennela (heroine).

“Heroes of his stature might think twice before playing a lesser role for a hero. But he’s so humble. Women should mostly watch this movie.”