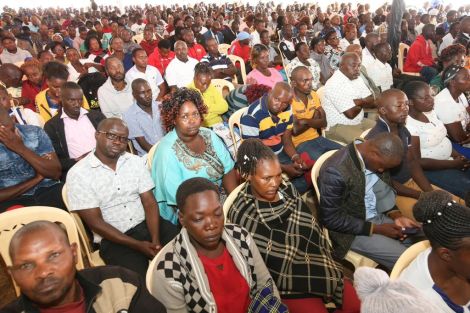 Kirinyaga Governor Anne Waiguru made a passionate appeal to President William Ruto on behalf of the district clergy regarding the marriage process.

During a thanksgiving service at Kerugoya Stadium, Kirinyaga County, on Sunday, January 22, Waiguru gave a message to Ruto that she had been sent by the men of God to beg him to make the marriage process less tedious.

Waiguru, who also chairs the Board of Governors, noted that the marriage process at the church was taking too long compared to other unions.

“The process of registering Christian marriages takes a very long time for older people who want to go through the process of getting married in a church. The process is more tedious than other marriages, we request that you look into that matter,” she pleaded.

In a short rejoinder, President Ruto promised to make the process simpler and easier.

The CoG chairman also urged Ruto to intervene in the process pastors should follow when filing annual returns on behalf of the churches.

She emphasized that they are law-abiding citizens and made it clear that they have always been willing to follow the law but would like to make the process amicable.

“To file annual returns, they have to travel to Nairobi. If possible, give us a desk at the Kerugoya Huduma Center so they can do it here,’ she requested.

Ruto indicated in his response that he was digitizing every government service.

“I will improve the situation, they will file their returns with their phones in the comfort of their homes,” he noted.

Ruto’s response came after he defended his government’s plan to tighten the country’s tax collection program.

“Every citizen will pay his share of the tax. Big fish now have to escape. It cannot be the case that ordinary people pay taxes and the super rich dodge taxes with corrupt means. Kenya is not an animal farm,” said Ruto.

They also asked for support in their missionary work as they spread the gospel to other parts of the country.

“Support them with a mission tent they can use when they visit other provinces to lower the cost of preaching the gospel and I am sure you will fulfill your own mission too.

The head of state assured them of his support.

“Waiguru, you will choose them so that the spreading of the word of God can be carried out efficiently,” he said. 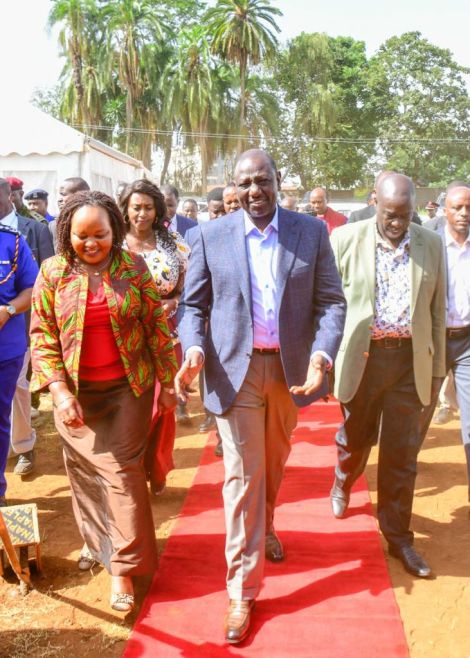 Kiwi travelers stranded in Malaysia due to flooding in Auckland