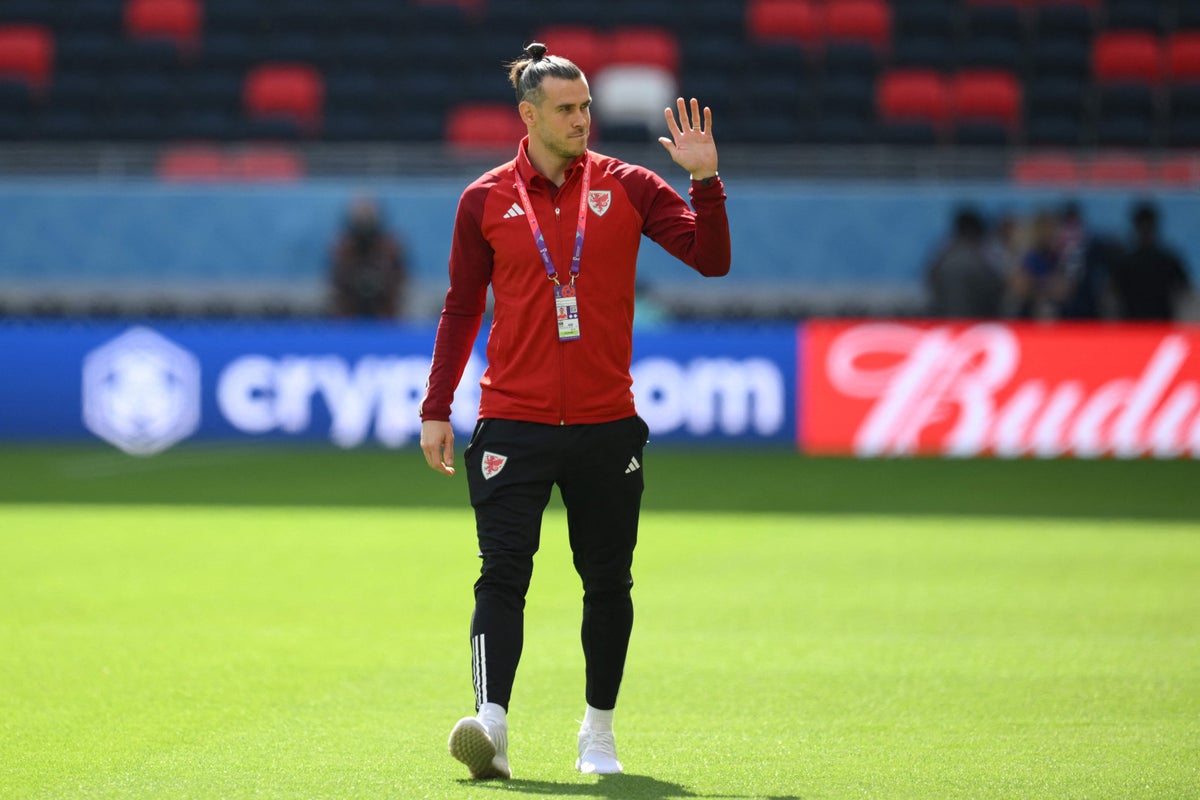 Wales will face Iran in Group B of the World Cup in Qatar. Wales earned a 1-1 draw against the USA in their first World Cup match in 64 years as Gareth Bale’s penalty capped off a dramatic second-half fightback.

The introduction of Kieffer Moore helped turn the game around and gave Wales a chance to qualify for Group B, but the result they get against Iran may be more decisive for their hopes.

Iran were thrashed 6-2 by England in their opening game, in which their players failed to sing the national anthem in support of protesters in the country, and would be virtually banned from the World Cup if they lose to Wales. Rob Page’s side will face England in their final group stage match, highlighting the importance of their clash against Iran at the Ahmad Bin Ali Stadium.

Bale will become Wales’ all-time leading performance when he wins his 110th cap and it would be fitting if the country’s captain and talisman create another big moment on the international scene.

Follow all the action from Wales vs Iran in our live blog below:

A large number of Wales fans will not be able to attend their second 2022 World Cup match against Iran on Friday after being turned away at the airport.

Many supporters attending the final in Qatar are staying in Dubai and flying to Doha for the matches, but dozens report that the Hayya permit card required to enter the country for matches is not working properly, resulting in them being denied entry .

This is despite some of those same fans attending Wales’ other game earlier this week, a 1-1 draw with the USA in their Group B opener. However, on this occasion, some permits are shown as “pending” approval, causing airport staff to deny these passengers boarding the aircraft.

Fan charity Gol Cymru wanted to build on the success of its celebrations on either side of the opening World Cup match against the US with a second round of events ahead of Friday’s match with Iran.

But they said they were told at the last minute that new circumstances prevented the sale of alcohol before noon, which led to them canceling their pre-match event at the InterContinental Doha hotel, in the West Bay district of the city, canceled.

The Wales Football Supporters’ Association fan embassy later noted that Friday is a holy day and that “no alcohol before midday” is allowed.

Wales midfielder Harry Wilson added to his manager’s thoughts on how differently Iran will play this time out compared to their lackluster performance against England.

“It was a difficult result for them. England was always going to be difficult,” said Wilson. “They will be looking for a reaction and I think we are going to see that.

“It’s up to us to make sure we’re in shape to try and get the three points.”

Iran had kept clean sheets in six of their previous nine games before being crushed by England on Monday, so today’s encounter could prove tricky for Wales.

Rob Page says he expects a reaction from Iran after their 6-2 defeat to England in the first round and it looks like Carlos Quieroz’s side are focusing more on attacking football this time around.

“Iran will want a reaction to a disappointing defeat,” Page said.

“I think they would have watched the games and England was a free game for them. I think that’s why the manager changed the form, he changed it for that game.”

“I think we won’t be too surprised by the formation he chooses. Both teams need to win.”

The story of the only previous encounter of World Cup opponents

The eyes of the world will be on Wales and Iran in Doha on Friday.

But the only previous time the two countries met, no one in Wales was watching and captain Terry Yorath and his teammates wondered what on earth they had gotten themselves into.

The date was April 18, 1978, the location of the Aryamehr Stadium in Tehran.

American singer Frank Sinatra had performed there a few years earlier, but there is no evidence that the ruling royal family let Sinatra wait as they would with the Wales football team.

Wales striker Kieffer Moore intends to harass Iran in the air, just as England did.

England batted six past Iran in their World Cup opener, with the Iranians having no answer to the Three Lions’ air power.

The six-foot-tall Moore watched the first half of that game before Wales headed into the opening game of the tournament – a 1-1 draw against the United States – and is confident he will do even more damage to the Iranian defense.

Iran have been told they will not be allowed to play goalkeeper Alireza Beiranvand in their match against Wales after he suffered a concussion against England.

Beiranvand collided face-first with teammate Majid Hosseini and required treatment for several minutes. Incredibly, he was allowed to drive on for a while before leaving the field on a stretcher.

FIFA has been in daily contact with the Iranian federation since the injury and has said they must follow concussion protocol and not allow Beiranvand to play.

Iran’s team doctor has the final say, but FIFA is taking the matter extremely seriously and has strongly urged the federation not to allow him to play.

There are five changes to the Iranian team that started against England with exciting striker Sardar Azmoun starting at the top.

Wales captain Gareth Bale will overtake teammate Chris Gunter as Wales’ most capped player when he plays against Iran this morning, but the striker insists he is not thinking about the record.

“It’s a great achievement, it’s an honor to represent my country so many times,” said Bale, who has 109 caps. “But it’s more important that we try to get the win.

“Hopefully that will work and it will be even more special.

“It will be a difficult game against Iran – they are a very good team. They are here for a reason, but of course we believe we can beat them.”

Joe Allen starts on the bench after returning from injury.