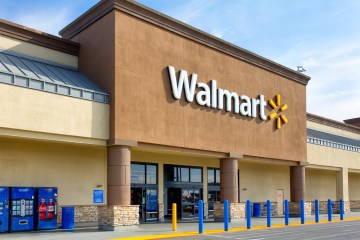 A WALMART shopper shared how the company’s self-checkout scanner falsely accused him of theft.

A TikToker shared surveillance footage of the incident where he proved his innocence after being accused of stealing a rotisserie chicken from Walmart.

“Walmart self-checkout thinks I’m stealing when I’m not,” the content creator shouted angrily at the beginning of his video.

See also  Tim Ryan on 'extremist' GOP: 'We need to kill and confront that movement'

“You can clearly see that I scanned the chicken, but then the machine thinks I stole it. It says ‘possible missed scan’, aka potential theft, but I didn’t steal it.”

The TikToker also explains how an employee had to put his code in the scanner in order to pay for his purchase.

The latest incident comes as dozens of shoppers have shared stories of running red after making accidental mistakes when using the scanners. 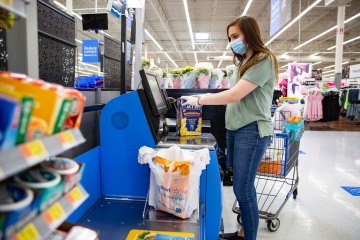 He suggested that shoppers might not focus when checking out their groceries, so they could inadvertently miss an item.

Fleming also suggested that customers might miss the machine’s beep.

Fleming said: “Without proof, they (staff) can do nothing but detain you for a reasonable period of time.”

Shoppers should remain calm but ask for any evidence against them if questioned.

If employees refuse to show proof, customers should politely ask to leave.

Fleming suggested calling police so they can rule on the charges if staff refuse to cooperate.

Dozens of shoppers have been falsely accused of theft from major retailers.

Between January 2021 and March 2022, more than 60 customers were arrested at a Walmart store in Tucson after accidentally forgetting to scan some items.

Arizona adviser Sandra Barger told The US Sun that customers have been sued for “forgetting to scan something very small.”

She said her clients had to pay thousands in legal fees.