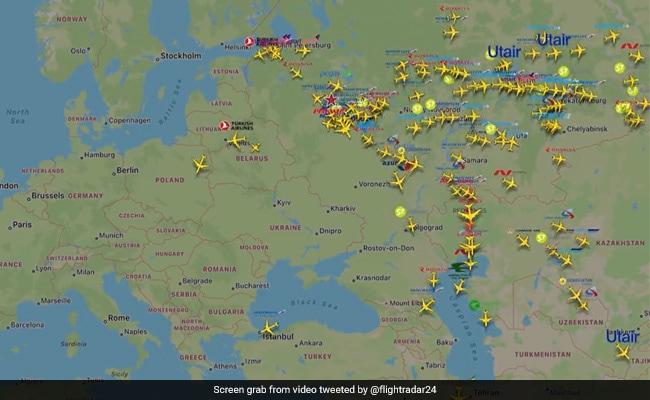 Flights from Russia were almost fully booked this week.

A day after Russian President Vladimir Putin’s call for mobilization, the first since World War II, some travel tickets from Russia sold out quickly and ticket prices skyrocketed. The president’s speech had raised fears that martial law could be imposed and men of combative age would not be allowed to leave Russia, media reports said.

Today flights depart from Moscow and St. Petersburg. The @UKTN reports that international flights departing from Russia have either sold out or increased in price after Putin announced a mobilization of reservists.

Flights from Russia were nearly fully booked this week, according to data from airlines and travel agencies on Wednesday, UKTN reported. Flights between Russia and the European Union have been closed since Putin announced Moscow’s “special military operation” in Ukraine.

Putin yesterday declared a “partial mobilization” and called in 300,000 reservists in a major escalation of his invasion of Ukraine.

“If the territorial integrity of our country is threatened, we will certainly use all available means to protect Russia and our people,” Putin said in a nationally televised speech on Wednesday. “This is not a bluff.”