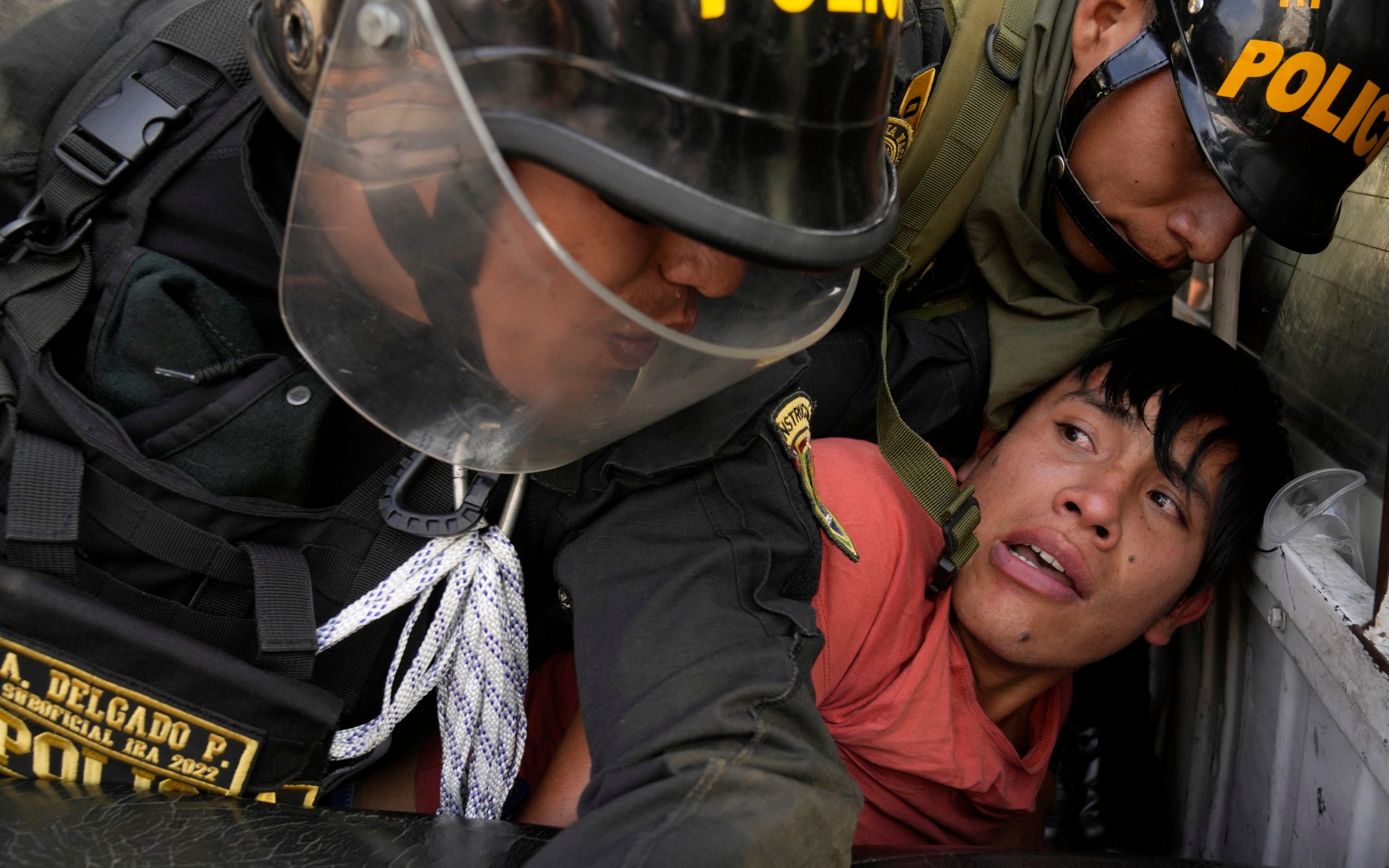 Protesters also tried again to take over Cusco’s airport, a popular tourist destination, even though it was closed; while there were similar protests in regions such as Puno, Huanuco and Tacna.

“I will not tire” of seeking peaceful ways to move the country forward, she said on state television – adding that “the acts of violence generated in December and now in January will not go unpunished”.

Ready to ‘give my life’

The demonstrators in Lima are trying to put pressure on the government and are defying a state of emergency that has been declared to maintain order.

On Thursday, the state of emergency was extended to three more regions, bringing nearly a third of the country under its command.

“We have 11,800 police officers on the streets to contain the unrest, we have more than 120 vans and 49 military vehicles, and the military is also involved,” police chief Victor Zanabria said Thursday.

Protesters, however, are not deterred.

“In Lima, the struggle is heavier. If they oppress us in our regions, no one will say anything about it,” said Abdon Felix Flores, a 30-year-old villager from Andahuaylas in the Cusco region.

Flores said he was willing to “give my life” to make a change.

serving member of the British Army charged with terrorist offences