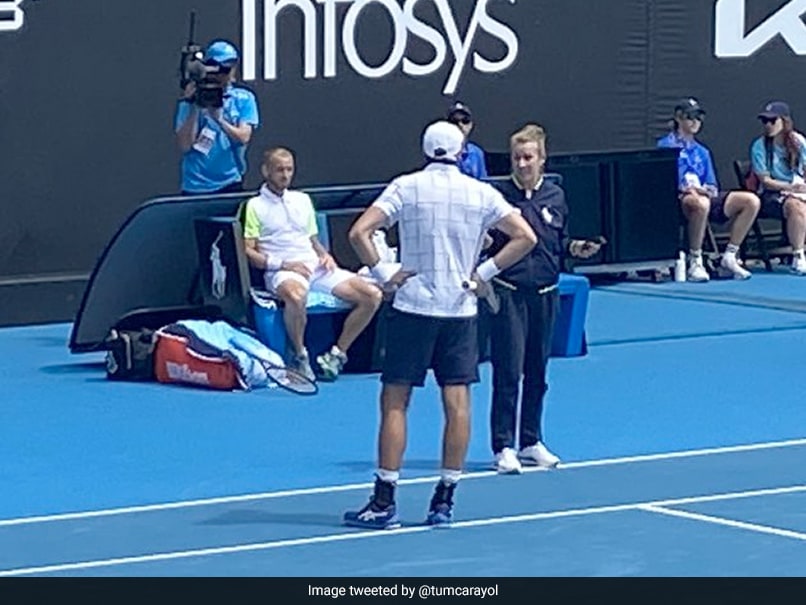 Smoking Frenchman Jeremy Chardy accused a chair umpire of making “the biggest mistake of the Australian Open” on Thursday, asking her: “Are you looking at the birds? The clouds?”. The 35-year-old launched wide after a controversial decision in his second-round match against Briton Dan Evans on Court 3, which he subsequently lost. It came at a crucial moment, when Chardy defended the break point at 3-3 in the opening set. When he hit a forehand, a ball fell out of his pocket, but he continued to play and Evans returned, with the umpire calling “Let” a split second after Chardy made his next shot which found the net and lost the point .

The Briton said he didn’t see the extra ball so the referee chose not to replay the point and gave him the break.

Chardy insisted that play should have been stopped when the ball fell out of his pocket and the point was replayed.

“We are playing with someone who cannot be a referee,” he told German chairman Miriam Bley. “In my life, for 20 years, I have never had a referee as bad as you.

“It’s the biggest mistake of the Australian Open. Not one referee on tour makes this mistake, not one.”

Which side are you on?

Chardy then called the supervisor several times and continued to protest.

He eventually went through and lost 6-4, 6-4, 6-1, saying afterwards that umpires should be penalized for making mistakes.

“I mean it’s what I said to her – if I miss a point and break my racket I’ll be fined. You can make a big mistake and nothing will happen to you,” he said at a press conference.

Evans said he had no idea who was right or wrong.

“I know Jeremy relatively well so I didn’t really want it to sour the game. It was a good competitive game.”

How have the hockey rules changed?