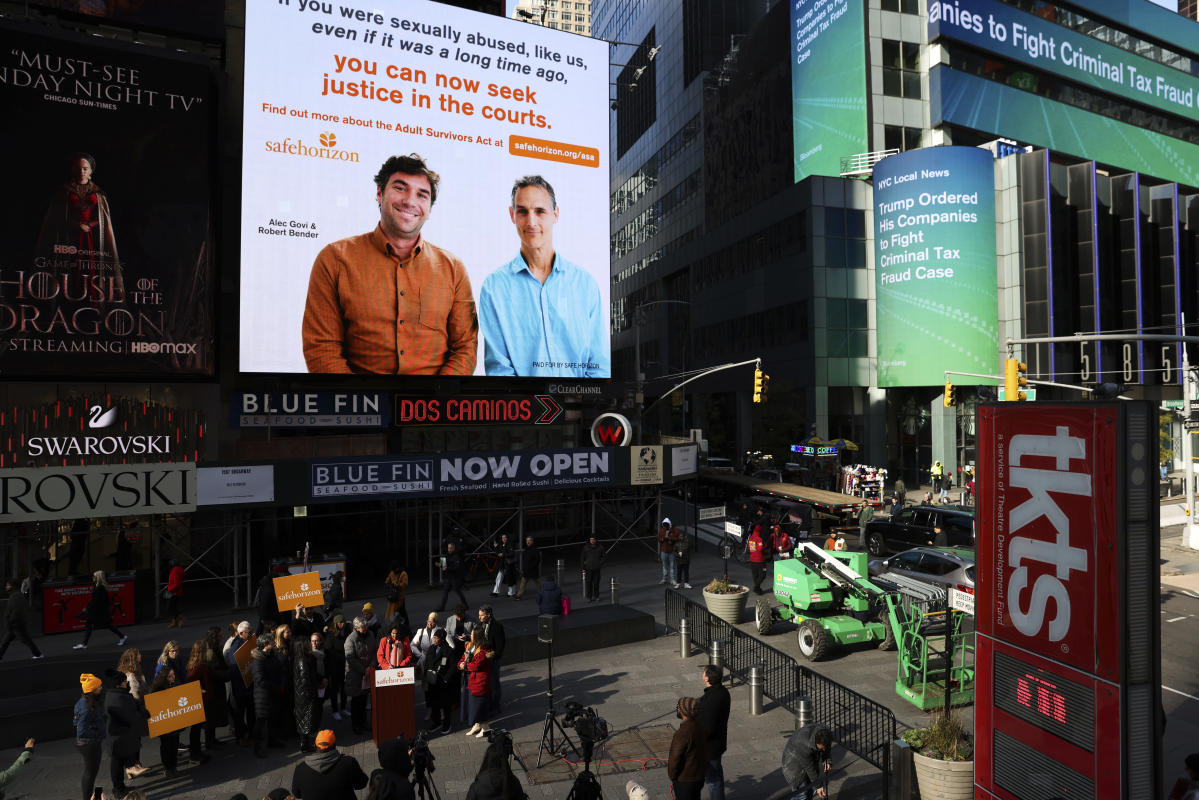 ALBANY, NY (UKTN) — Victims of sexual assault in New York will have a one-time opportunity starting Thursday to sue for their abuse, under a new law expected to spark a wave of accusations against prison guards, middle managers, doctors and a few prominent figures, including former President Donald Trump.

For a year, the state will waive normal deadlines for filing sex crime lawsuits, allowing survivors to receive compensation for assaults that occurred years or even decades ago.

Proponents say the Adult Survivors Act is an important step in the national reckoning of sexual misconduct and could provide some measure of justice to people who may have taken time to come forward because of trauma, embarrassment or fear of retaliation.

“I feel like I spent almost three decades in prison,” says 49-year-old Liz Stein, who says she was abused as a young woman by millionaire and notorious sex offender Jeffrey Epstein. “And it’s more than time for me and the other victims to be released from the prison we’ve been in, and for the people responsible to be held accountable.”

The law is modeled after the state’s Child Victims Act, which in 2019 opened a two-year window in which nearly 11,000 people sued churches, hospitals, schools, camps, Scout groups and other institutions for abuse they said they had as a child past.

Most states that have opened such windows did so only for people who had been abused as children, although New Jersey included adults.

“I think there will be a lot of women who will say, ‘I think it’s me. Because I think what happened at that 1998 Christmas party wasn’t right. And I couldn’t tell anyone then.’ And they want to tell someone about it,” said attorney Jeanne Christensen.

Legal action has already been promised on behalf of hundreds of women who say they have been sexually assaulted while serving sentences in state prisons.

Other cases may come from students attacked by professors, athletes abused by coaches, or employees assaulted by bosses.

A lawsuit against Trump is expected from E. Jean Carroll, a longtime advice columnist for Elle magazine, who says he raped her in a department store dressing room in the mid-1990s.

Trump denies the allegation, saying Carroll made it up to sell a book. Carroll is already suing Trump for libel, saying his denials and disparaging comments to the media have damaged her reputation.

Claims can be made against defaulting institutions and the estates of deceased persons. Some expect women who were inspired to come forward by the #MeToo movement, only to be told that too much time had passed for them to take legal action.

It is unclear that there will be as many lawsuits as have been filed under the Child Victims Act. That law attracted many lawyers because of the possibility of judgments against big-pocket institutions involved in the care or education of children.

Stein’s lawsuit, which will be brought by her attorney, Margaret Mabie, will be against Epstein’s longtime companion, Ghislaine Maxwell, and other parties. Stein was working in a Manhattan store in 1994 when she met Maxwell, who introduced her to Epstein.

Maxwell is serving a 20-year sentence for helping Epstein sexually assault underage girls. Maxwell’s lawyers did not immediately respond to an email request for comment. Epstein committed suicide in prison in 2019 after his arrest on sex trafficking charges.

In addition to the high-profile claims, there will be “many, many more” cases that don’t get publicity, said Liz Roberts, CEO of Safe Horizon, a nonprofit victim support organization. Roberts said that for many survivors, just telling their story can be healing.

“I’m just finding my voice, and I’m learning how powerful it can be,” says Laurie Maldonado, one of several women who say they’ve been harassed during exams by New York gynecologist Robert Hadden.

Hadden surrendered his medical license after being convicted of sex-related charges in state court in 2016. He has pleaded not guilty to federal charges of sexually abusing many young and unsuspecting female patients over more than two decades.

The medical institutions that employed Hadden, Columbia University Irving Medical Center and NewYork-Presbyterian have already settled claims from 225 women, including a group of 147 who recently settled for $165 million. They said in a statement they remain open to settling other claims “regardless of the Adult Survivors Act.”

While the Child Victims Act received a lot of publicity when the window opened in 2019, some advocates fear that too few people know about the adult-only opening.

Safe Horizon last week launched an awareness campaign with survivors, including a public announcement and press conference in Times Square.

“We are well aware that a year is short,” Roberts said.

Jan. 6 Trump & More Criminal Referrals Committee — What It All Means