We are back! Drinkers and shoppers return to the West End as the sun shines 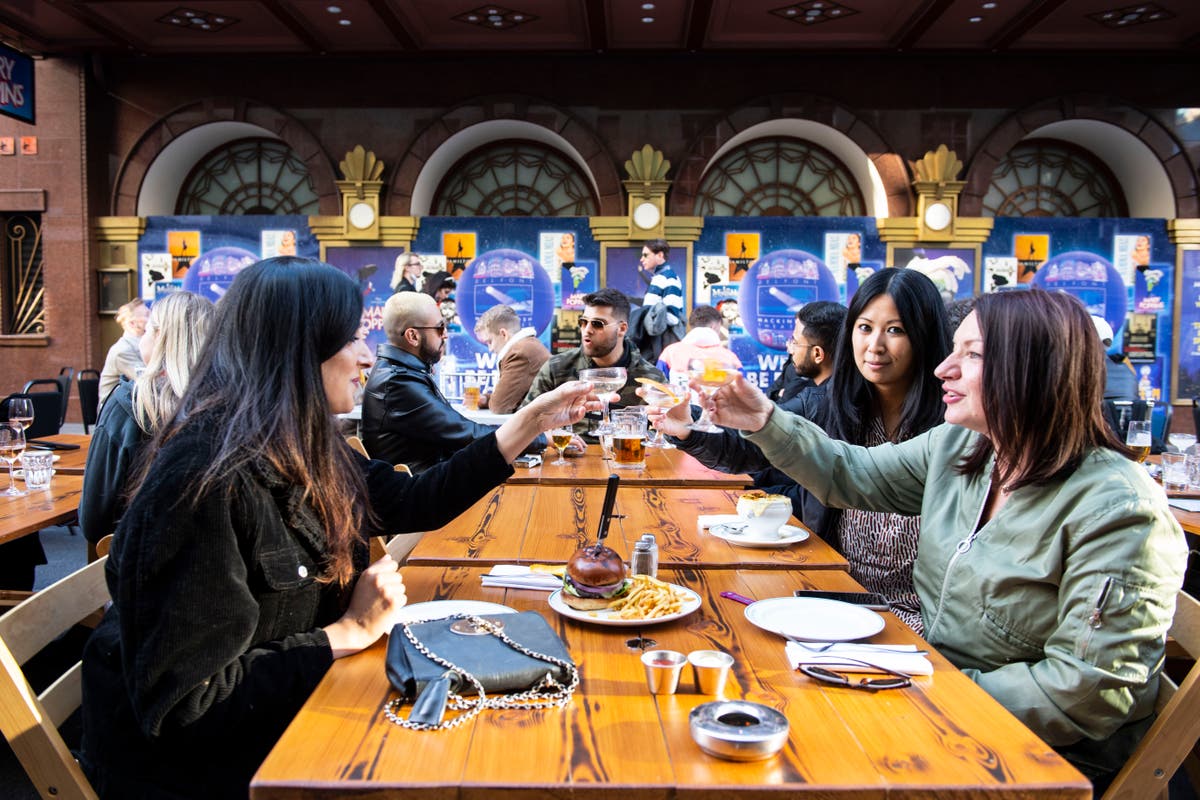 UK Time Newshttps://www.uktimenews.com
UK Time News is your daily dose of Latest News, Entertainment, Music, Fashion, Lifestyle, World, Cricket, Sports, Politics, Tech, Business News Website. We provide you with the Latest Breaking News Straight from the UK & all around the World on different categories.
re

Skating rinks and diners flocked to the West End over the weekend in even greater numbers than before, dispelling fears that the post-lockdown rush to restaurants and bars would end.

Des Gunewardena, managing director of food group D&D London, said revenue from Friday night to Sunday increased by around 10% on the first ‘Freedom Weekend’, although that figure was amplified by the opening an additional terrace on the roof of Madison. bar in town.

He said: “The weekend has been really big, bigger than last weekend, and bookings continue to be strong. Hopefully we have three more weeks of that and then we can start doing inside and open more restaurants. The signs are good that there is momentum.

“It’s very different coming out of the lockout last July when everyone was talking about PPE and social distancing and what to expect when you get out. This time everyone has had a year of Covid, the vaccination program is going well and they feel quite safe in the restaurants. ”

Simon Thomas, Managing Director of the Hippodrome Casino Leicester Square, said: “It has been a record breaking weekend. All three floors of our outdoor patio were full, with people making the most of the beautiful weather. Our clients were predominantly Londoners but some came from further afield, which heralds a change in confidence that we are delighted to see. “

READ  Commentary: Why the US $ 2.8 billion fine on China is a huge relief for Alibaba

On Saturday there were around 57 percent of normal shoppers in Oxford Street, Regent Street, Bond Street and Mayfair for the time of year, down slightly from the week before.

However, Jace Tyrrell, managing director of the New West End Company business group, said: “With the warm weather continuing as the weekend approaches, we were delighted to see Londoners return to the West End. We are encouraged by the sustained levels of attendance that we have seen in the district, already well before the first reopening in June 2020. ”

Rachael Robathan, Head of Westminster Council, said: “We have seen the number of visitors steadily increase and have issued just over 730 sidewalk licenses for alfresco dining.”

About half a million people aged 44 will receive a text urging them to pass their shot through the national booking service, NHS England said.