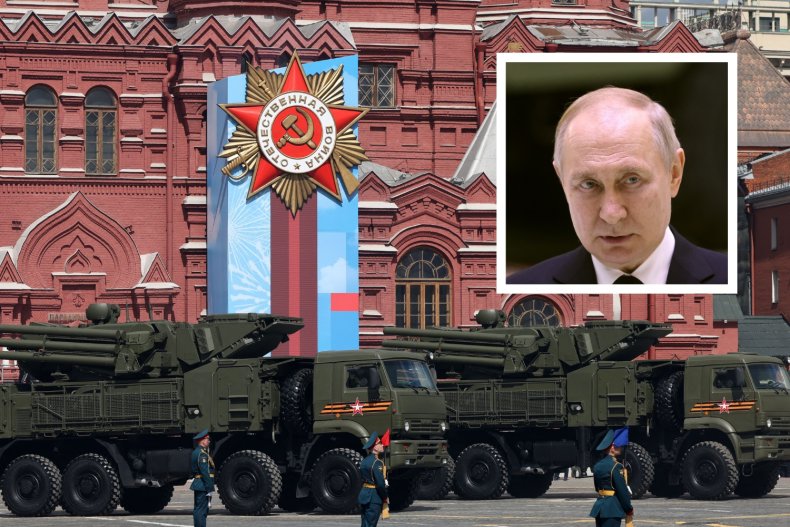 The Kremlin appeared stunned late last year after the Ukrainian military successfully led an airstrike against a target within Russia’s borders, sparking fears that the direction of Ukraine’s nearly year-old defensive war against invading Russian forces was beginning to turn.

In December, video began circulating of a top political analyst appearing on Russian state television claiming that Moscow was powerless to stop Ukrainian attacks in the country following allegations surrounding the bombing of a military facility in the southern region Bryansk in Russia.

“Russia is incapable of solving these problems by any means,” analyst and commentator Viktor Olevich said at the time.

At least now it seems willing to try.

On Thursday, photos and videos circulating on Twitter appeared to show images of Pantsir-S1 air defense systems on the roofs of several key government buildings in the Russian capital, including an unnamed administrative building and at the National Defense Management Center of the Russian Defense Ministry.

The new weapons stem from concerns expressed by Kremlin spokesman Dmitry Peskov that Western countries could supply Ukraine with long-range weapons capable of hitting targets on Russian territory — a move some NATO officials were considering as far back as December.

See also  Stephen A. Smith's real gift is to keep the focus on himself

On January 13, observers in the country noted that Russia appeared to be rolling out other missile defense systems such as the S-400 amid concerns that Ukraine could use drones and other weapons to carry out similar strikes if Russian forces had previously deployed against civilian targets in Ukraine .

The S-400 is by far the superior option in terms of firepower, capable of hitting air targets at ranges up to 250 kilometers (155 mi) and capable of intercepting ballistic missiles from a distance of up to 60 kilometers (37 mi).

It has also proven itself capable of attacking aircraft, with older US-made aircraft such as the F-16 and F/A-18E/F Super Hornet likely facing challenges in evading it. In the case of Ukraine’s underpowered air force, such a missile defense system would probably be enough of a deterrent.

However, for urban defense purposes, the Pantsir is probably the ideal option.

While the S-400 is capable of longer-range strikes against air targets and has been used for offensive missions in the past, the Pantsir defense system is intended for shorter-range use, with a mix of anti-aircraft guns and missiles capable of intercepting fast air-to-surface missiles at a range of 7 kilometers (just over 4 miles) and tactical aircraft at up to 20 kilometers (more than 12 miles).

It’s also much cheaper than the S-400, whose multi-million dollar cost per missile is hard to justify against the cheap weapons that have become standard in the Russia-Ukraine war. While the S-400 is estimated to cost $300 million per system, the Pantsir costs less than $15 million.

It is also more versatile, with anti-aircraft guns that can also engage targets up to 4 kilometers away (about 2.5 miles) at a rate of fire of about 40 rounds per second, giving the Russians a cheaper defense option in the event of frequent attacks by low- tech unmanned aerial vehicles.