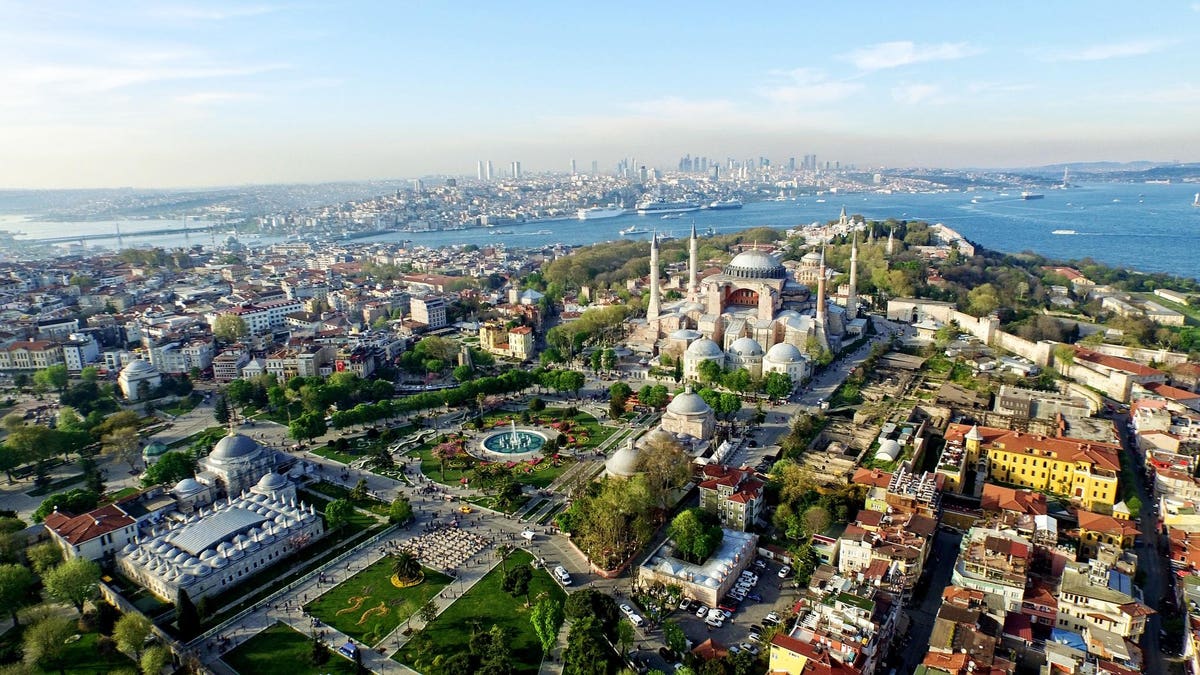 Shares trading in Turkey rose an impressive 37% for the year on Friday, September 9, making them the best performing stock market compared to other global markets. With most regions still under water in 2022, including North America, Europe and emerging markets as a whole, investors may be wondering what’s behind the rally in Turkey.

Let’s start with the facts. Turkey is currently facing record inflation, with consumer prices rising by as much as 80% in August compared to the same month last year. President Recep Erdogan, who has unorthodox control over the country’s monetary policy, responded by cutting interest rates from 14% in July to 13%.

This is not the expected way to handle inflation, as you probably know. To counter rising prices, policymakers at central banks usually do raise, rather than lower borrowing costs, which can have the desired effect of slowing demand. For example, the Fed Funds rate in the US has risen four times so far this year, with another hike almost guaranteed after the Labor Department report showed annual inflation remained at a 40-year high in August. Earlier this month, the European Central Bank (ECB) made the largest rate hike in its history, raising it to 0.75%.

But Turkey’s Erdogan is different. He would prefer to propel the economy unabated, which is why the benchmark rate is currently down about 600 basis points (bp) from August 2021 and a whopping 1,100 basis points from June 2019.

Trying to beat inflation in a low-yield environment

This is, in my opinion, the main factor contributing to Turkey’s blazing fast stock rally. Turkish investors seem to be pumping money into the country’s stocks in an effort to beat inflation, perhaps with little regard for fundamentals. Monetary policy is currently easing, so government bonds won’t make it. (Declining interest rates cause bond prices to rise and yields to fall.)

Again, these are the facts: The yield on Turkey’s 10-year bond is currently trading at around 10%, well below the 80% inflation rate. A number of Turkish stocks have risen more than 100%, 200% and even 300% in US dollars in the meantime, despite historically high inflation. Where can a Turkish investor put his or her money?

Not only local investors participate. Historically, foreign investors have made up a small minority of the total number of investors in listed stocks in Istanbul, but according to Bloomberg, many of them ramped up their purchases of Turkish stocks in August at the fastest pace since November.

Another catalyst for the rally could be that Turkish stocks are currently incredibly cheap on a price-to-earnings (P/E) basis. According to JPMorgan, Turkey is currently the cheapest market in the entire CEEMEA region (Central & Eastern Europe, Middle East and Africa). This is especially true for Turkish banks and financial firms, which had an ultra-low P/E of 2.2 at the end of August, down from a recent high of 6.0 in early 2021.

Turkish banks have been in the news in recent months, with at least five of them agreeing to take over Russia’s Mir payment system following the country’s removal from SWIFT (Society for Worldwide Interbank Financial Telecommunications) in response to the invasion of Turkey. Ukraine. Although Turkey initially criticized Russian President Vladimir Putin for the move, it has refrained from imposing sanctions on the country, similar to the US and Europe. In early August, President Erdogan predicted that Turkey’s payment in Russian rubles for imported Russian energy would be a major source of financial support for both countries.

He wasn’t wrong. Many Turkish banks had a phenomenal June quarter. Yapı Kredi – the fourth largest bank in the country and a stake in our Fund for Emerging Europe (EUROX) as of June 30, 2022 – reported $1.3 billion in net income in the first half of 2022, up about 180% from the same six-month period a year earlier. Yapı Kredi rose 96.08% for the year on September 9.

View the top 10 positions in EUROX by Click here.

Get to know EUROX

In fact, some of the best performing companies in EUROX for the year were among those based in Turkey. In addition to Yapı Kredi, there is oil refinery Turkiye Petrol Rafinerileri, up 57.64%, and industrial conglomerate Koc Holding, up 30.70%.

On June 30, Turkey had the third largest weighting in EUROX after Poland and Hungary, accounting for about 14% of the fund. We were very early in getting rid of Russian stocks in February of this year, shortly after the invasion, and this helped fund performance against its benchmark, the MSCI EM Europe 10/40 Index. For the first half of the year through June 30, EUROX had a negative return of 47.19%, significantly outperforming the benchmark, which fell 74.17%.

The performance data quoted above is historical. Past performance is no guarantee of future performance. The results reflect the reinvestment of dividends and other income. For some periods of time, the fund had cost constraints, without which returns would have been lower. Current performance may be higher or lower than stated performance data. An investment’s principal value and return on investment will fluctuate so that your shares, when redeemed, may be worth more or less than their original cost. The return does not include the effect of direct fees described in the fund’s prospectus which, if applicable, would reduce your total return. Performance reported for periods of one year or less is cumulative and not annualized. Get performance data up to the most recent end of the month on www.usfunds.com or 1-800-US FUND.

Investing in mutual funds involved risks. Head loss is possible. Equity markets can be volatile and stock prices can fluctuate in response to industry and other risks as described in the fund’s prospectus. Investing in foreign and emerging markets involves special risks such as currency movements and reduced disclosure, as well as economic and political risks. By investing in a specific geographic region, a regional fund’s returns and share price can be more volatile than a less concentrated portfolio. The Emerging Europe Fund invests more than 25% of its investments in companies primarily active in the oil and gas or banking sectors. The risk of concentrating investments in this group of industries makes the fund more susceptible to risk in these industries than funds that do not concentrate their investments in one industry and can make the fund’s performance more volatile.

The price-to-earnings ratio (P/E ratio) is the ratio for valuing a company that measures the current share price relative to its earnings per share (EPS). Basis point (BPS) refers to a common unit of measure for interest rates and other percentages in finance. One basis point is equal to 1/100th of 1%, or 0.01%, or 0.0001, and is used to indicate the percentage change in a financial instrument.

Fund portfolios are actively managed and positions can change on a daily basis. Investments are reported at the end of the most recent quarter. Investments in the Emerging Europe Fund as a percentage of net assets as at 6/30/2022: Yapi ve Kredi Bankasi AS 2.48%, Turkiye Petrol Rafinerileri AS 2.16%, Koc Holding AS 3.04%.

All opinions expressed and information provided are subject to change without notice. Some of these opinions may not be suitable for every investor.

Mortgage rates recently hit their highest level since 2007. Here’s what 5 economists and real estate professionals say will happen to rates

Big sell-off in stocks creates buying opportunities, says Baron manager who has 20% of his fund assets in Tesla