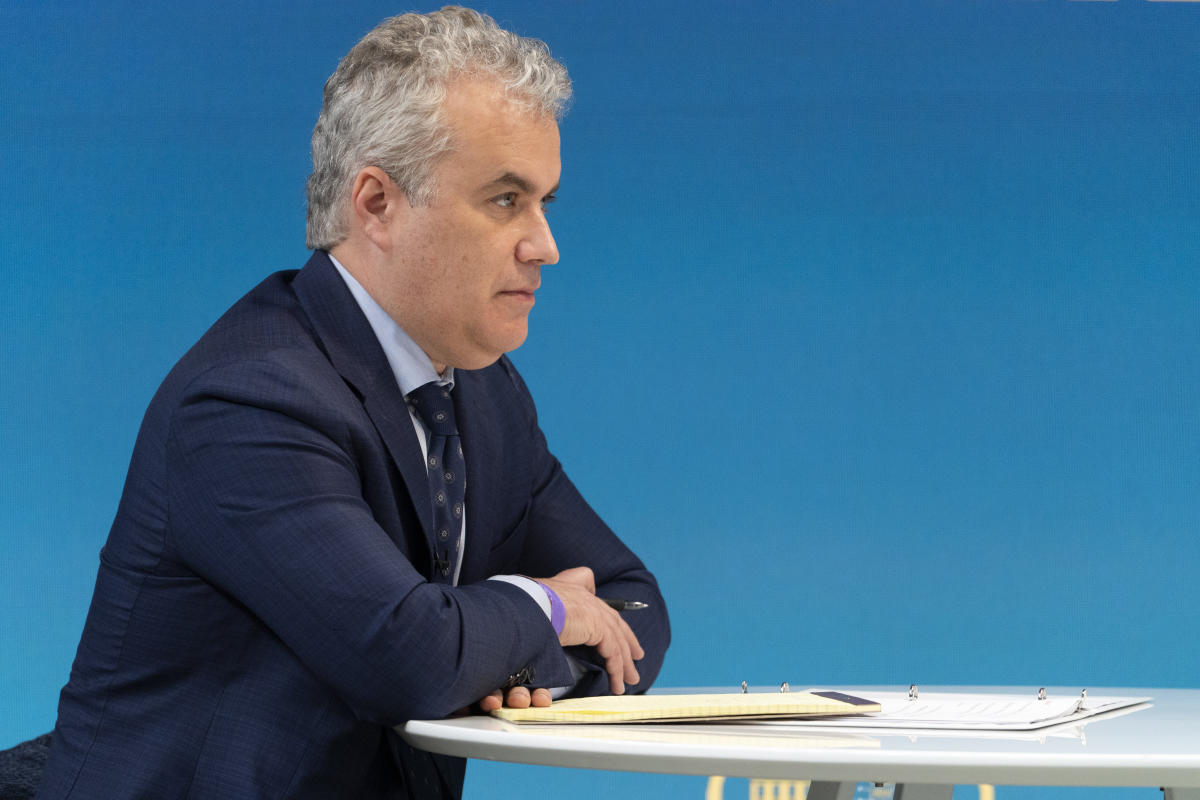 When Joe Biden won the presidency, he promised that his number one priority would be to end the Covid crisis that was responsible for more than 3,000 deaths a day at the time.

He then turned to Jeff Zients to make good on that promise.

Zients, a longtime manager, had no public health experience and little expertise in fighting pandemics. But for more than a year as White House covid czar, he spearheaded a sweeping government effort to contain the virus, spearheaded a complex national campaign to vaccinate the vast majority of the nation, and ultimately charted a path for the nation to emerge from a once-in-a-century health crisis.

It set Zients, who was internally praised for his managerial prowess, on course for his next high-profile job as Biden’s newest chief of staff.

As Biden’s top aide, Zients is now expected to bring his logistical and organizational expertise to a West Wing facing another turning point. As the president prepares for a likely re-election bid, he is also under increasing scrutiny over his handling of classified documents. The Republicans in charge of the House are promising a series of investigations as the administration tries to navigate an increasingly delicate set of economic dilemmas.

Zients’ appointment is likely to magnify another uncomfortable reality: that despite his extensive work to control Covid, the virus continues to spread, killing thousands of Americans every week.

His critics argue that the Covid team under his leadership did too little to contain the spread of the virus, prioritizing economic concerns such as reopening businesses quickly before the public health measures needed to protect the U.S. a chance to eradicate the disease.

“Obviously it’s pretty disappointing,” Jeff Hauser, director of the Revolving Door Project and a chief critic of Zients’ past as an investor in several healthcare facilities, said of his selection as chief of staff.

Critics also argue that Zients allowed the government to become overconfident and complacent at critical moments, allowing Covid to recover and increasing Americans’ distrust of the federal response.

But Zients also has numerous supporters, public and private, who emphasize that he is a uniquely talented in-house operator capable of solving the government’s toughest challenges, even if he lacks long-standing political experience. They point to his leadership of the Covid response as proof of that.

“Making the right decision and getting it made quickly, that was a hallmark,” Andy Slavitt, a former senior advisor for Biden’s Covid response, said in praise of Zients’ communication and execution skills. “It’s the unsexy stuff, but he thrives on that.”

A former Obama administration official, Zients earned a reputation in Democratic circles as the go-to Mr. Fix-It after flipping the HealthCare.gov website after its failed launch in 2013. He would later head the National Economic Council and Office of Management and Budget, developing a close relationship with Biden in the process.

Biden appointed him to lead the Covid response shortly after winning the 2020 election, accusing Zients of orchestrating a sprawling response that swept through several federal departments.

Zients led the development of a step-by-step process to tackle the pandemic and produced a nearly 100-page National Covid-19 Preparedness Plan in the early days of administration.

The Covid team had a string of initial successes, accelerating production of vaccines that had only been rolled out months earlier and securing enough injections for every American.

The resulting national vaccination campaign represented one of the largest public health mobilizations in decades — an endeavor that ultimately achieved its goal of vaccinating more than two-thirds of adults by that summer.

The widespread rollout received much praise and at the time appeared to put the US on track to eradicate the virus. Instead, it set Zients and his White House team up for a setback that would erode the nation’s confidence in the Covid response.

Shortly after Biden declared the pandemic was receding at a July 4 celebration, the Delta variant sparked another outbreak of cases — taking Zients’ team by surprise and sparking a battle to refocus a response effort officials believed that they could do it quickly. unwind.

The outbreak contributed to plummeting approval ratings for Biden and fueled partisan opposition to the Covid response, which would prove to be one of the biggest obstacles to managing the pandemic threat. And while administration officials praised Zients for calmly managing the response to Delta, the government has faced increasing criticism from outside health experts over perceptions that it had no immediate plan to bring the virus back under control. That criticism intensified a few months later, when another Covid wave hit the White House unprepared to handle the rising demand for tests.

The resurgence raised a new set of questions about Zients’ leadership, and whether he exerted too much control over decision-making, which Biden had once repeatedly vowed to be guided by the science and the opinions of his public health experts.

But while he retained clout, Zients also largely eluded the scrutiny other top health officials such as Anthony Fauci, Biden’s former chief medical adviser, and Centers for Disease Control and Prevention director Rochelle Walensky, received for their roles in the response.

Part of what helped Zients was his leadership style. He remained an unobtrusive presence, rarely appearing on television or making himself the face of major initiatives, even as he oversaw nearly every major decision about the response to the pandemic. Within the White House, he also maintained a close relationship with Biden and outgoing Chief of Staff Ron Klain — while also winning over the staff with his ability to deftly manipulate government levers and avoid internal conflict.

By the time Zients announced his departure in March 2022, the virus had returned. More importantly, officials said at the time, he had built the infrastructure for a sustainable response that relied on continued access to vaccines, treatments and tests.

That infrastructure is about to be put to the test as the administration prepares to phase out its emergency aid. And with Zients returning to the White House, it is one of many policy priorities and political imperatives that Biden once again entrusts him with.