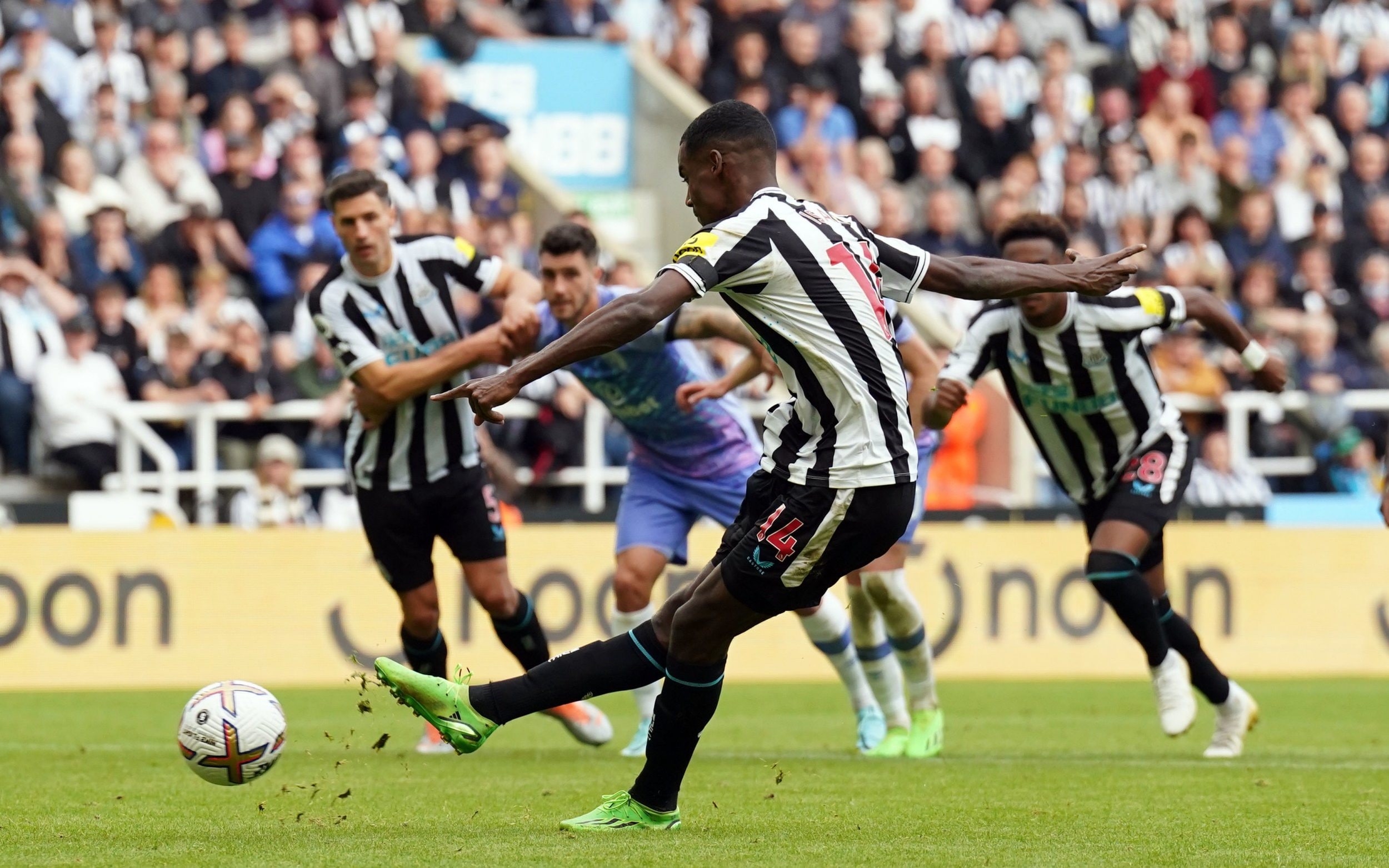 Alexander Isak looked sensational on his Newcastle United debut against Liverpool, but after two largely disappointing displays at home, there are some early concerns about the £60 million signing.

Amid those friendly questions about his form, there was a moment against Bournemouth that offered a glimpse of something that reassured seasoned observers.

The former Real Sociedad star looked a little lost as a striker against both Crystal Palace and Bournemouth.

The Sweden international looked too light to play as a target, struggled with his back to goal and didn’t look like a six-yard poacher in the traditional sense of a prolific goalscorer. His connection to the game with teammates remains a work in progress.

It wasn’t Isak’s fault that neither of Newcastle’s two wingers against Bournemouth, Ryan Fraser and Miguel Almiron, made the most of their dominance over possession and territory, but when you’ve achieved such fanfare – and at a huge cost – the 22-year-old’s performances over the past two weeks have been disappointing.

“He’s learning,” Howe said. “And not just how the team plays, but how his teammates play around him.

“Again, there were flashes of him, but I don’t think we as a team did well enough around him to get him into target positions. We didn’t give him the ball early enough. He was a bit isolated and we don’t have him sufficiently involved in the key areas where he wants to be involved.”

Writing off a striker after just three appearances would be ridiculous and although sources have told Telegraph Sport Isak has failed to convert his performance on the training ground into competitive matches, he was still on the scoresheet against Bournemouth.

It was only a penalty after the Video Assistant Referee intervened to show referee Craig Pawson that Jefferson Lerma had sent Kieran Trippier’s cross away with his hand, but it revealed a lot about Isak’s character and technique. It was good reason to be encouraged that once Isak calmed down and adjusted, he could be the player Newcastle needs him.

See also  FA ready to cancel cup repeats, but not for all matches

Take on the penal obligation

There was initially some surprise – and some nervousness – when it became clear that Isak was going to take the dot. He had missed a one-on-one chance against Palace on his home debut with a weak and poorly judged ending and who knows what damage would have been done had he missed a penalty on his next appearance.

However, Isak was adamant that he would take it. It highlighted a young man’s confidence in his own abilities and a willingness to step forward at key moments. When you think back to all the great forwards at Newcastle, they all had this kind of confidence and thirst for goals. Whatever concerns there were about his overall performance, this eased them considerably. He’s not a shrinking violet.

The technique to convert the spot kick

Isak radiated confidence in his run and changed the angle of his approach after a small jump and a jump. His body shape was perfect as he got around the ball, opened up his body and hit a perfectly batted shot into the bottom left corner. The ball flew several centimeters into the upright with speed and precision. Even if Bournemouth goalkeeper Neto had dived in the right direction, he would not have had the ball in his hands. As with his goal against Liverpool, it was an excellent striker finish, illustrating the composure under pressure to execute the skill he has.

The reaction and the party

Isak was overjoyed to score his second goal in four games, but there was also the realization that Newcastle should try to win the game. He cut off his sprint to the corner to return his attention to winning the ball back from the net.