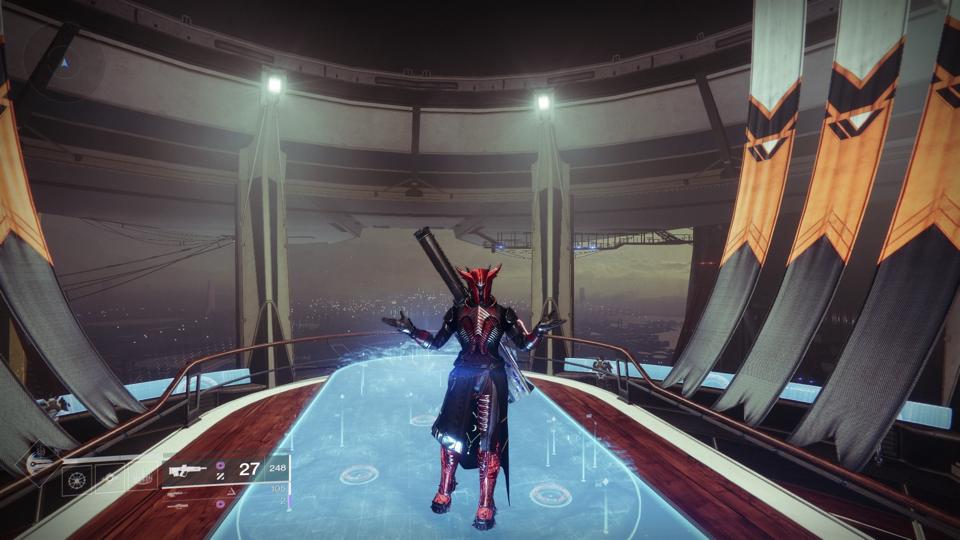 Well, we’ve reached that point in a season of Destiny 2 where there’s a bit of a lull, at least according to what’s listed on the actual roadmap.

The last month of a given season is relatively light, most of the time, and in this case, until the Guardian Games start on April 20, there is hardly anything listed for the interim. So what’s going to happen in this empty space? Really nothing? Or something secret? Let’s explore.

There are only two items listed on the roadmap during this period.

Tomorrow, the Proving Grounds strike is opening up to all players, not just season pass holders, and I guess that means it will be added to Vanguard’s playlist (thank goodness). It’ll also be Nightfall that week, so we can play a challenging version of it, rather than the rather light version we had when it first started as a story quest. And it’s Double Reward Week, which means your first hit on a Palindrome Follower is actually of them blows. Also, it can be a way to quickly cultivate Follower mods if you don’t have them as the season’s first double-drop GM night drop.

Glykon – The only thing we know we can keep doing is run Glykon at least once a week, every week. This will give us a new page of history that explores the twisted history of the ship and what Calus was in there. I have a feeling there will be an “end” to Glykon when we have the 12 pages of knowledge and can open all the caches on board, with the last datapad in the last room (I predict a revelation from Calus / Crown after that a). And yet, it will not end during this “virgin month”. There are six more lore pieces to go, so Glykon’s ‘final’ week is slated to take place on May 4, just before the season ends.

Battlegrounds Quest – With the Armistice Forged with Caiatl and the Triumph to “Do All Seasonal Quests” unlocked, it looks like we’re probably done with the weekly battleground quests and story developments. However, Caiatl is on the hunt for one of the two Psions who attempted to assassinate Zavala, and ultimately we’re still trying to figure out who is behind this Psion-focused Caiatl undermining. Seems to me like this should be something resolved this season, not next, so I wonder if there might be any developments on that front over the next month or so.

Raven – I think we’re done with Crow for now, frankly. The last time we spoke to him seemed like a pretty conclusive end to his arc for this season at least. I don’t think we’re done with her together bow, which I would expect to continue next season. I still maintain that he’s on track for Hunter Vanguard and then his sister Mara comes back before or during The Witch Queen, which has to intersect his story, I imagine. But no, don’t expect more from Crow in this empty month here.

In short, I would expect the game to wind down over the next few weeks and it will probably be time to play catch-up, farm for weapon drops, and take on the seasonal challenges you missed and stuff. like that. There might be one big, giant secret thing that I can’t predict at all, but given that we’ve already had such a big secret mission in Glykon this season, I don’t really expect that. After that, April 20 will bring us a revamped Guardian game where you will need to hire a class and stick to it, and modified strikes with bonuses depending on the class you choose. Heir Apparent returns, along with a new catalyst, and possibly more surprises. More soon.