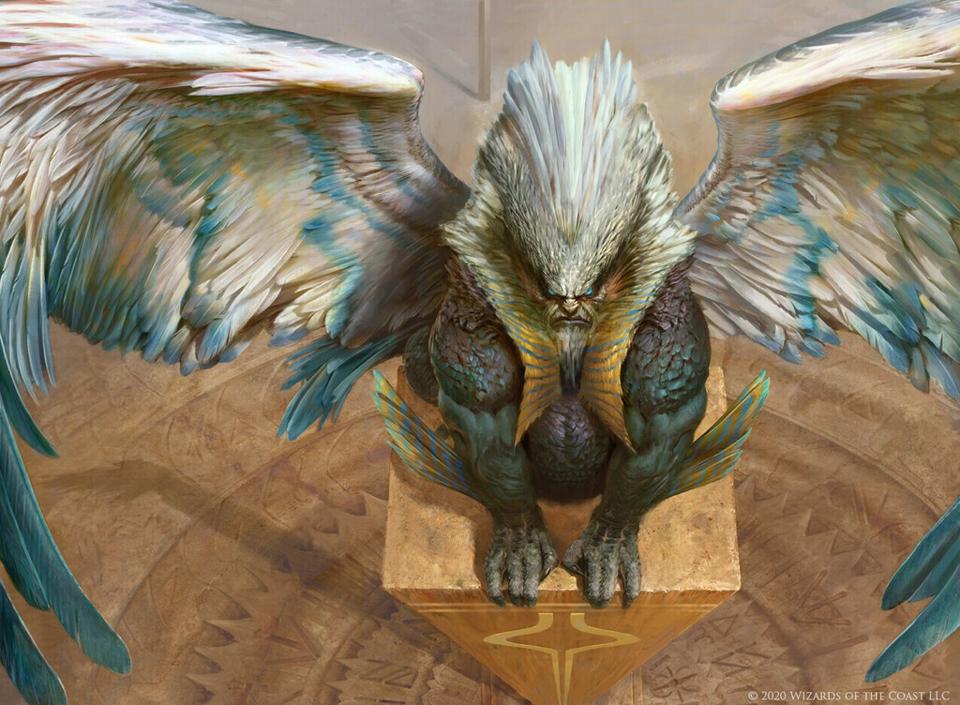 Magic the Gathering is a game with decades of history, tens of thousands of cards, and so many obscure rules, terminology, and interactions that anyone knowing what each card does would be impossible.

And yet, there was one map of my time that sparked more questions, debate, and sometimes even endgame arguments than any other. A card that regardless of when it is played will end up interrupting play as three or four players talk to each other about what they think they are doing (three of them invariably being wrong). This card is Commander Legends’ Second Sun Sphinx.

Sphinx of the Second Sun is a mono-blue sphinx that costs two blues and six generics. With 6/6 and flying, he’s already not a bad creature. But then you read the ability, and it goes crazy: “at the start of your main post-combat phase, you get an extra start phase after that phase”.

For those who don’t know how MTG works, your turns are broken down into phases. Your start phase involves “untapping” all of your cards (making them capable of performing actions), any cards that trigger during “upkeep” occur at this time, and you draw a card. Your main phases take place before and after your combat phase and are most often when you play your cards. After your second main phase, you then get an end phase – normally this will simply skip the turn, but this could include any card that triggers at that time, discarding up to the maximum size of the main, that sort of thing.

And yet, you might be intimately aware of how the turns progress in a game and still be rattled by the wording of the Sphinx of the Second Sun. So so many people read it and think it means that after the fight there needs to be a second phase of starting. They’ll untap all of their lands, all of their creatures, draw their cards, then try to cast a spell at sorcery speed, only so I can step in and say that’s not how it works.

The way Sphinx of the Second Sun actually works is that the ability triggers at the start of your Second Main Phase, but the effect doesn’t occur until after. As long as Sphinx of the Second Sun is released at the start of your second main phase, you will have a second start after that. You’ll untap your lands, draw your card, do all your upkeep triggers, then go immediately to your final phase. I can tell you from memory that the decision that explains this is the third point on the Gatherer page of the map, simply because I have had to tell other players about it so many times.

While you might be tempted to think “that’s okay, people just need to learn how the cards work”, but it’s something even professional MTG players have been caught. In the last episode (at the time of writing) of the Commander Vs. series, one gamer did exactly what everyone else did. thought Sphinx of the Second Sun does and took its second start phase before the second main.

It is not a matter of experience, because knowing each card intimately is an unreasonable expectation. I have absolutely no intention of pointing the finger at any individual error and blaming the player. It is a question of the design of the card.

Second, the map template obscures the most vital information. This crucial “after this phase” is buried in the middle of a long paragraph, and immediately followed by a lot of italicized reminder text, which explains what a start phase is, and ambient text, which gives a little history in the universe behind the map. As much as I love the history and lore of MTG, cutting out the flavor text and putting a line break between “after this phase” and the reminder text would have helped a lot.

Finally, Sphinx of the Second Sun is considered a great game. It costs a lot of mana, its effect is impressive, and it can easily turn the tide of a game if used effectively, but it is not the button. absurd reset that people think it is. Being told “actually this card that you assume to be prominent is actually a lot more situational and you just might have just lost your turn playing it now” will always, always be a moody moment that can cause a bad mood. defensive and lead to arguments.

Mistakes happen all the time in part of Magic the Gathering, especially in a multiplayer format like Commander. But when a card comes out as being badly played so often, the question shifts from “do people know how to play this card” to “have the magicians effectively communicated their intention with this card”.