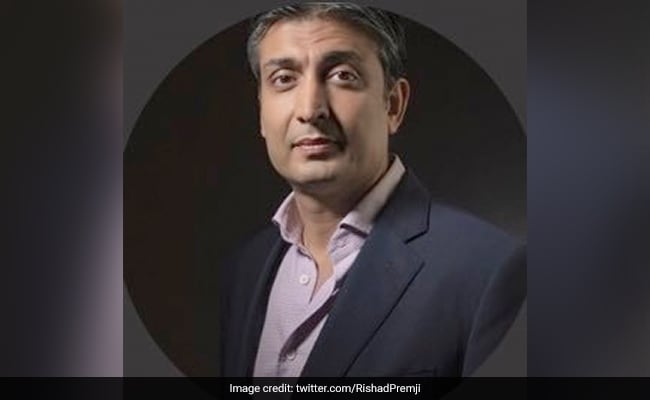 Wipro chairman Rishad Premji said on Wednesday that the company had discovered that its 300 employees were working simultaneously with one of its competitors, adding that action was taken in such cases by terminating their services.

Mr Premji claimed to stand by his recent comments that moonlight is a complete violation of integrity “in its deepest form”.

“The reality is that today there are people working for Wipro and directly for one of our competitors and we have even discovered 300 people doing just that in the last few months,” said Mr. Premji during a speech at AIMA’s (All India Management Association). ) National Management Convention.

Asked about the retaliation of employees who turned out to be working for both the company and rivals, Mr Premji, on the sidelines of the event, said their employment had been terminated for “violation of integrity”.

See also  Infosys warns workers against moonlight, says it could lead to termination

The definition of moonlight itself is about secretly having another job. As part of transparency, individuals can have candid and open conversations about playing in a band or “working on a project over the weekend,” he explained.

“That’s an open conversation that the organization and the individual can make a joint choice about whether it works for them or not,” he said.

By separating such cases from those where employees secretly worked for competitors, the Wipro CEO made it clear “there is no room for anyone to work for Wipro and competitor XYZ and they would feel exactly the same if they discovered the same situation. “That’s what I meant…so I stand by what I said…I think it’s a breach of integrity if you work in that shape and form,” he said.

The issue of ‘moonlighting’ (techies taking up side jobs to work more than one job at a time) has emerged as a big talking point after the Wipro chairman raised the issue. Mr Premji recently took to Twitter to highlight the issue, saying: “There’s a lot of talk about people making extra money in the tech industry. This is cheating – plain and simple.”

The issue of undeclared work by tech professionals has sparked a new debate that is polarizing opinion within the industry. Tech Mahindra CEO CP Gurnani recently tweeted that it is necessary to change with the times, adding: “I welcome disruption in the way we operate”.

However, many have taken a strong stance on moonlight. Earlier this month, Infosys had sent a notice to its employees, claiming that double employment or “moonlighting” is not allowed, and warned that any breach of contract clauses will result in disciplinary action “which could lead to termination of employment.”

See also  IN FOCUS: They were the place to be for generations of shoppers. But what can we expect for department stores?

“No two timing – no moonlight!” India’s second-largest IT services company said so in a strong and determined message to employees last week.

Infosys’ internal communication, titled ‘no double living’, made it clear that ‘double employment is not allowed under…Employee Handbook and Code of Conduct’.

It also quoted the relevant clause in the offer letter to bring the point home.

“Any violation of these clauses will result in disciplinary action up to and including termination of employment,” the Infosys email said.

Comment: It’s time to put the ‘big’ back in the Great Singapore Sale

Kwasi Kwarteng: We must ‘stay on track’ with tax cut plan