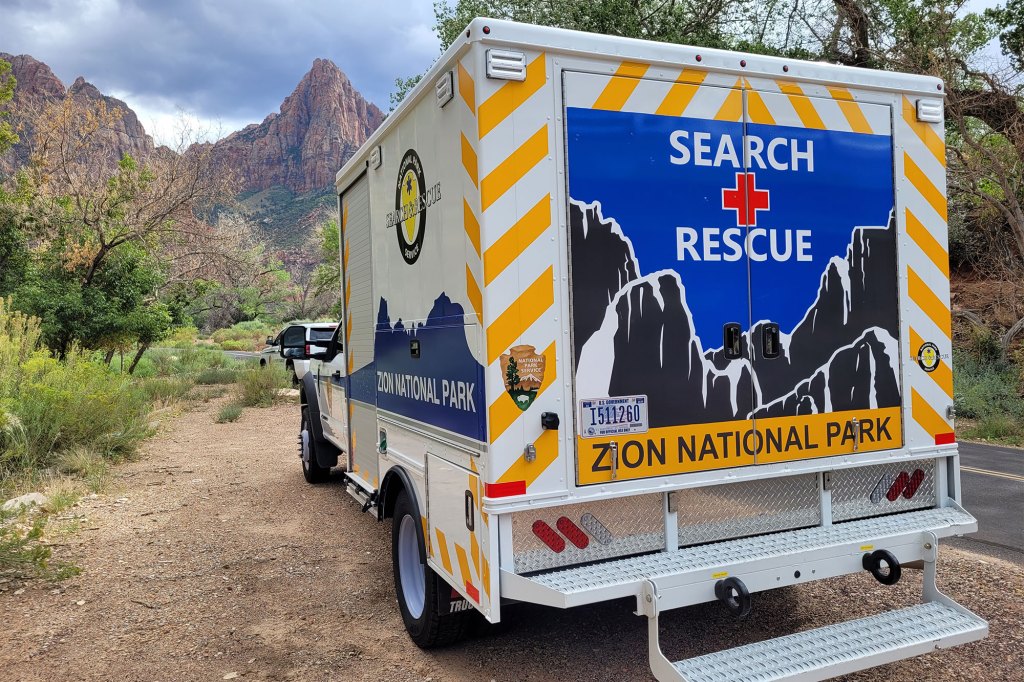 A woman died Wednesday while hiking in Zion National Park with her husband after succumbing to freezing temperatures.

The 31-year-old woman was left by her husband, 33, so he could help her, the National Park Service said.

By the time he came back, she was dead.

The pair were hiking a 16-mile permitted top-down trail through the Narrows — the same place where a 22-year-old Arizona tourist was swept away in terrifying floodwaters in August.

They started their journey on Tuesday and spent the night camping in the park.

On Wednesday morning, the pair pulled up about a mile and a half from the north end of Riverside Walk, a paved path leading from the Temple of Sinawava to the Narrows, and decided to split.

The woman stayed behind while the man, also injured, continued his journey and eventually found park rangers on the trail. Zion Park team members took him to an emergency medical center, the NPS said.

Other visitors gave the woman CPR before the Zion rescue teams arrived, but it was too late.

The identity of the couple has not yet been revealed.

The woman’s death comes on the same day rescuers in New Hampshire found the body of Vanderbilt student Emily Sotelo, who likely succumbed to freezing temperatures and high winds.