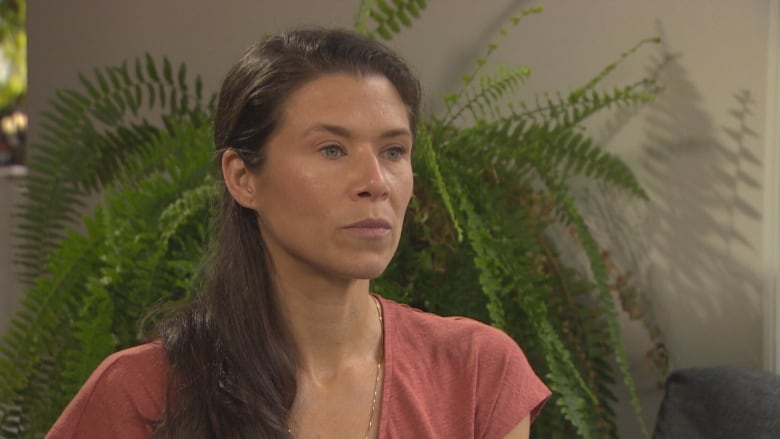 Two women are asking a court in Nova Scotia to review a decision by the Department of Health to reject their health care claims abroad.

Jennifer Brady of Halifax has lymphedema, a disease that causes fluid buildup and can cause painful swelling, an increased risk of skin infection and sepsis, and hardening of the skin.

Crystal Ellingsen, of the Spryfield neighborhood of Halifax, has lipedema, a condition that causes an excessive build-up of fat in the legs and arms that causes pain, swelling, and easy bruising.

Brady and Ellingsen have both tried treatments other than surgery to manage their condition, but they say those techniques are designed only to treat the symptoms rather than the cause.

They say surgery is needed to limit or stop the progression of their diseases and to prevent further deterioration in their quality of life and future expenditure on Nova Scotia’s medical system.

The request for judicial review, filed with the Supreme Court of Nova Scotia on July 22, says the province has told Brady and Ellingsen they need an opinion from a state-recognized specialist in their conditions who will support their request for treatment abroad. But in both cases they said that such a specialist does not exist.

Brady started experiencing swelling in her legs after undergoing a radical hysterectomy in 2019 to treat cervical cancer. The surgery involved removing lymph nodes, which can lead to lymphedema in some patients.

She treated the swelling with a combination of compression stockings, a type of massage called manual lymphatic drainage, self-massage, and by wearing inflatable pants for up to three hours a day that move fluid into the legs to improve drainage.

Despite those techniques — some of which are not financially covered by the county — Brady says she still suffers from debilitating pain caused by the swelling and tissue damage. Once a daily runner, the single mom of two now has to carefully divide the amount of time she spends on her feet each day.

“Honestly, there are days when the pain, the constant pain, is so bad that I feel like I just have to kill myself. Because what else am I supposed to do? Live the rest of my life in constant pain?”

Last November, Brady ended up in hospital with a skin infection that led to a blood infection — a potentially fatal condition that can occur repeatedly in people with lymphedema.

She heard of a surgery called lymphovenous anastomosis that can significantly improve symptoms of lymphedema — permanently for some. However, the surgery is not available in Nova Scotia, and surgeons performing it elsewhere in Canada have waiting lists of several years.

She asked the Department of Health to review MSI’s decision, but it also refused to approve the funding.

So in June, Brady traveled to Japan, where she paid for the surgery herself by repaying her house. It has made a “huge” difference, she says, reducing the swelling and relieving some of the worry about a recurrence of a blood infection.

“The dark place I was in isn’t quite over, but it’s like I feel a little more hopeful.”

Ellingsen has not yet taken the step to go abroad for surgery for lipedema, although she has found a doctor in a hospital in Germany who is willing to perform it on her.

The surgery would remove the diseased tissue, which does not respond to diet or exercise, and would relieve chronic pain, swelling and stress on Ellingsen’s joints. Each surgery would cost $12,000, not including travel, and Ellingsen says she would need four or five rounds of surgery.

Like Brady, she’s been told she needs a referral from a lipedema specialist. Since none exist, MSI suggested getting a referral from a particular plastic surgeon. However, that surgeon told her that he is not currently seeing any lipedema patients and that it would be five years before he could see her. Ellingsen said every other plastic surgeon she’s contacted has told her they don’t treat lipedema, or they don’t treat people with her body mass index.

She also appealed against MSI’s decision, but the Ministry of Health rejected her request to reimburse operations abroad.

“We have nothing,” she said of people with lipedema in the province. “And I would say next to nothing, because with every turn I make to get recognition and care, a door is slammed in my face.”

In the meantime, Ellingsen continues to use compression garments and massage therapy to treat her condition.

She says if she has to, she will mortgage her house to pay for the surgery. But she says the responsibility should lie with the province.

“The lack of understanding and failure of our health care system to address this issue does not diminish my need for care.”

Both women say that if patients like them do not receive surgical treatment, there will likely be significant costs to the Nova Scotia health care system in the future, including for joint replacement surgery, in Ellingsen’s case, and emergency treatment for blood infection, in Brady’s case. .

In an emailed statement, Khalehla Perrault, a spokesperson for the health department, said there are specialists in Nova Scotia who provide care for lipedema and lymphedema patients, and that if a specialist determines that treatment options outside the province or country are appropriate, they will give a request to seek approval from MSI.

Perrault said MSI does not approve treatment outside of the province or country without a referral and prior approval.

In their request for judicial review, the women ask for the decision of the Ministry of Health to be quashed and for “other provisions” as determined by the court and court costs.

Both want the county to cover the cost of their surgeries and improve care options and policies so people can access the specialists and treatment they need.

Brady wants an apology from the Department of Health and Health Secretary Michelle Thompson.

“The pain and suffering I’ve been going through for over a year now has been devastating my life. And I’ve had permanent tissue damage, and I believe I have to pay compensation for that.”

Brady also wants more research into lymphedema in the county and both say more health coverage should be available for treatments like compression garments.