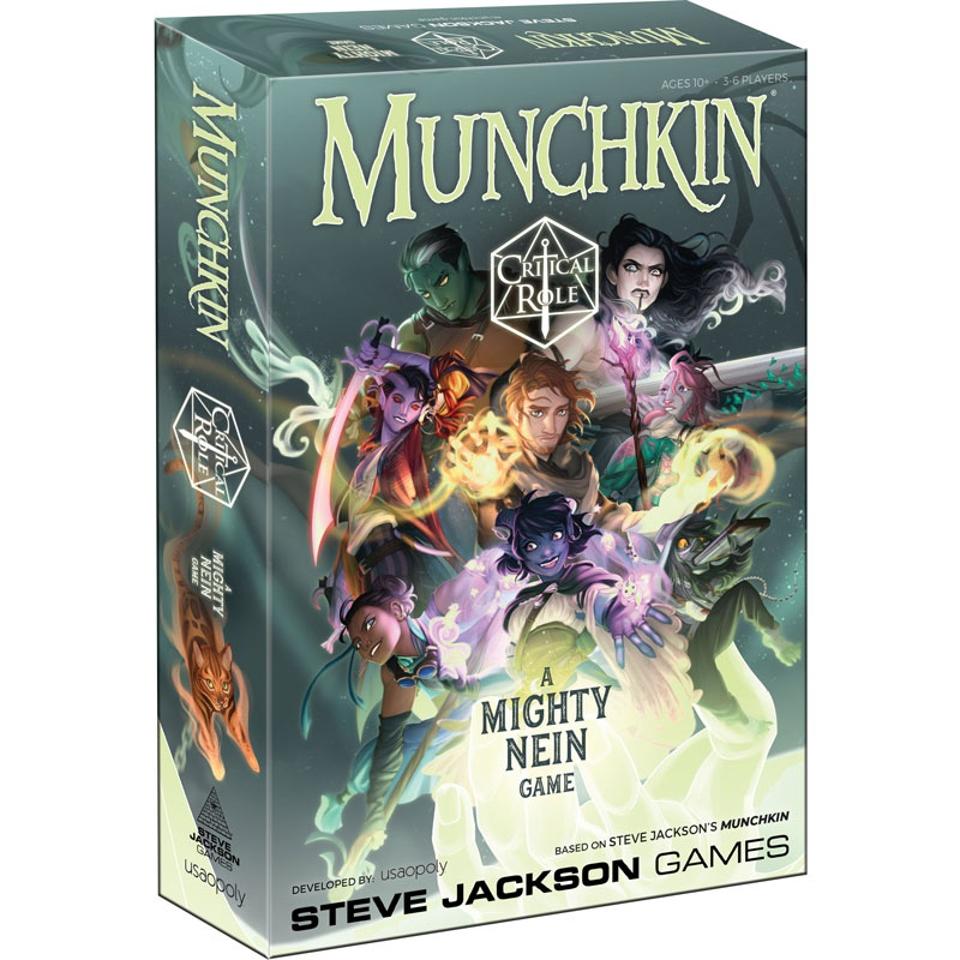 In common Dungeons and dragons language, a munchkin is someone who focuses on improving their character to the exclusion of other players and the story of the dungeon master. A Munchkin player plays D & D to get cool stuff for their character, bend the rules to maximize their character, then kill more monsters to start the cycle again.

Legendary game designer Steve Jackson collaborated with artist John Kovalic to create a satirical card game on the same subject called Munchkin. Rather than playing as a team like most dungeon exploration games, Munchkin encourages players to play with each other by stealing gear, throwing nasty monsters into the mix, and stacking anyone who takes the lead. Not only did the game win the 2001 Origins Award for Best Traditional Card Game, it has offered expansions and spinoff games for 20 years, almost all of which are compatible with each other.

In recent years, the game has started releasing licensed versions in the same way Hasbro offers linked versions of Monopoly and Risk. Munchkin now has versions of great tabletop gaming properties such as Scout and Warhammer 40,000. It is extended to more familiar names like Teenage Mutant Ninja Turtles and even Disney. But today, he is teaming up with a very big name in the table industry and which is developing in the vast space of pop culture: Critical Role..

What started out as a full-fledged play featuring a bunch of prolific voice actors performing D & D has grown into a booming media empire. Critical Role has a fanatic following, upcoming shows with Amazon, and even its own official book for Dungeons and dragons by Wizards of the Coast. (Two, if you count the original Green Ronin tuning guide).

Munchkin: critical role is still the same game at its core. Players take turns drawing in a coin deck, revealing monsters, curses, and other classic dungeon items. If a player enters a fight, he totals the bonuses of his cards in front of him while the other players try to make the monster more difficult by playing the cards in their hand. If the player wins, he can draw loot cards which enhance them and push them closer to winning the game. If the monster wins bad things happen like losing levels or losing treasure. The first player at level 10 wins.

This version of the game has some unique twists. Rather than playing a generic combination of race and class, players choose characters from the Mighty Nein with roles similar to the base game’s classes. Optional rules include the need to defeat at least three monster bosses before scoring a level 10 win and adding some d20 to the game. Instead of just comparing levels to see who wins a battle, each side rolls a d20 which adds to his level, as well as critical hits and critical misses on 20 and 1, respectively. These rules are sure to inject excitement for Munchkin veterans teaching their Critter friends how to play the game.

As with everything Munchkin products, this edition is compatible with other sets, although I have found that the more expansions you use, the longer the game will take. The designers also recommend against using optional rules when mixing in extensions.

Munchkin: critical role will be available online and in your friendly local game store on April 7.