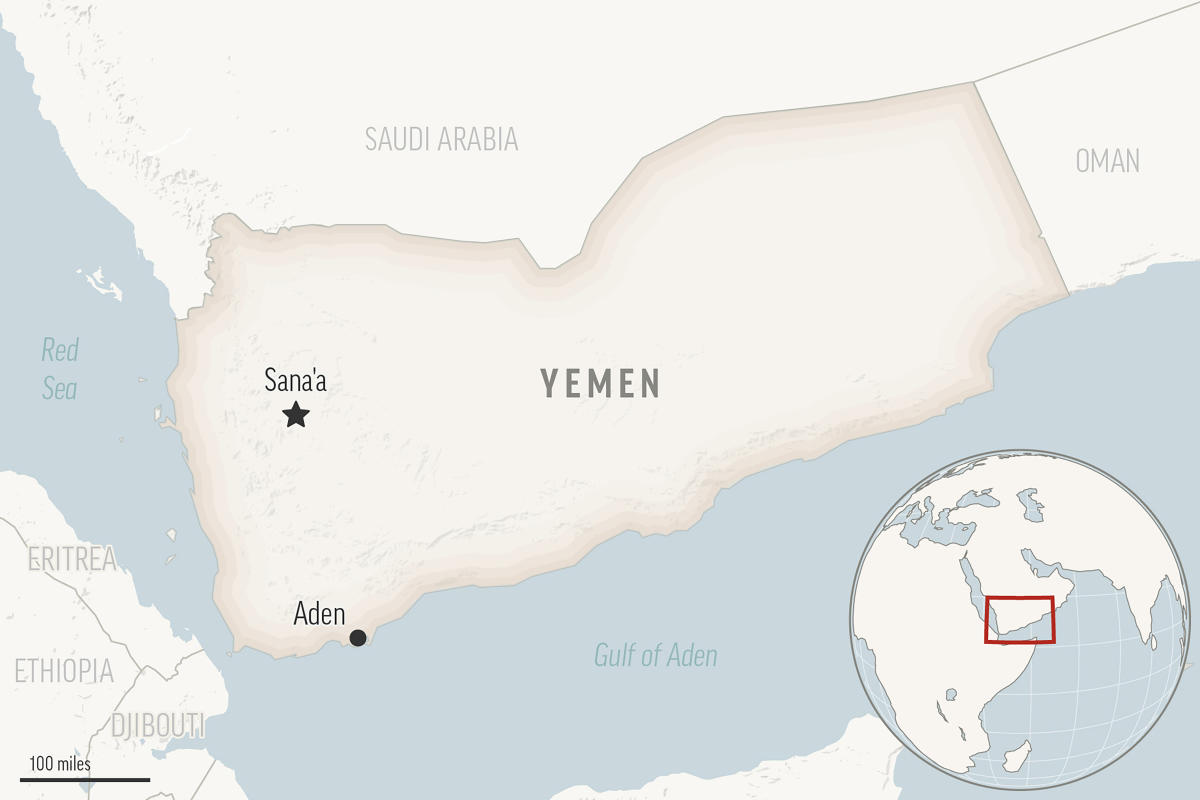 SANAA, Yemen (UKTN) — Yemen’s Houthi rebels attacked a ship at an oil terminal in the south of the country on Monday, the internationally recognized government said. relative calm.

The government, which controls the area where the terminal is located, said in a statement that the attack took place while a commercial ship was docked in the port of Al-Dabah, near the town of Mukalla, and was carried out by drones. . It did not say whether any damage had been sustained or which country the ship belonged to.

The Houthis appeared to acknowledge the afternoon strike in a series of tweets. Houthi military spokesman Yahia Sarea said that “the forces succeeded in forcing an oil vessel – which had come close to the Al-Dabah port in the south of the country – to leave.” He said the ship had “refused to heed warnings”.

Yemen’s warring factions failed last month to renew a months-long ceasefire that had raised hopes for a longer peace. Later in October, the rebels attacked several other ships with drone strikes.

Since 2014, a war has been raging in Yemen between the Houthi rebels and pro-government forces backed by a coalition of Sunni Arab Gulf states.

The Iranian-backed Houthis came down from the mountains in 2014, occupying North Yemen and the country’s capital and forcing the internationally recognized government to flee into exile in Saudi Arabia.

The initial two-month truce agreed between the government and the Houthis on 2 April was extended twice, until 2 October. Since then, both the United States and the United Nations have blamed the Houthis for the failure of efforts to re-establish a ceasefire.

One of the main obstacles to a ceasefire is the use of Yemen’s resources. The Houthis claim that the oil produced in Yemen should not be exported by the money-poor government.