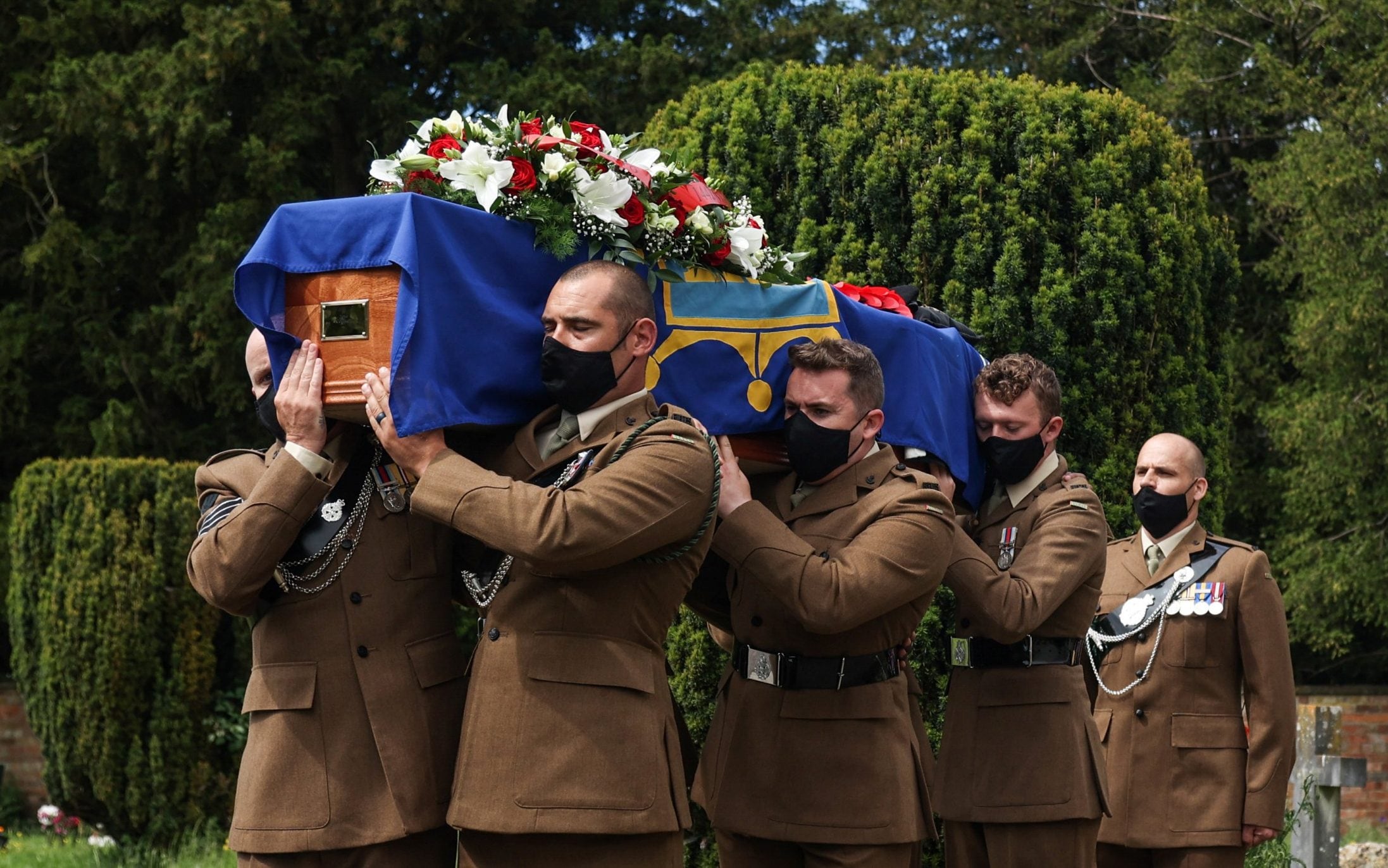 John, from Cheltenham, Gloucestershire, enlisted in the Army in 1942, at just 15 and a half years old.

Less than two years later, he was making his way to the Normandy beach towards the town of Bayeux as part of the 2nd Glosters Battalion, 56th Infantry Brigade.

He was the youngest surviving D-Day veteran and was a long-time member of the Royal British Legion.

“His sincere wish, expressed to me and his family, was that ‘soldiers take me to church when it is my time.’

“As a result, we arranged for six riflemen from 1st Battalion, The Rifles in Chepstow to act as porters, in full uniform, to carry the hearse casket into the church.

“In addition, three bugles from the battalion will be present to sound the Last Post inside the church.”

In addition, the banners of the branches of the Royal British Legion Cheltenham and Woodmancote & Bishop’s Cleeve were paraded and preceded the coffin procession.