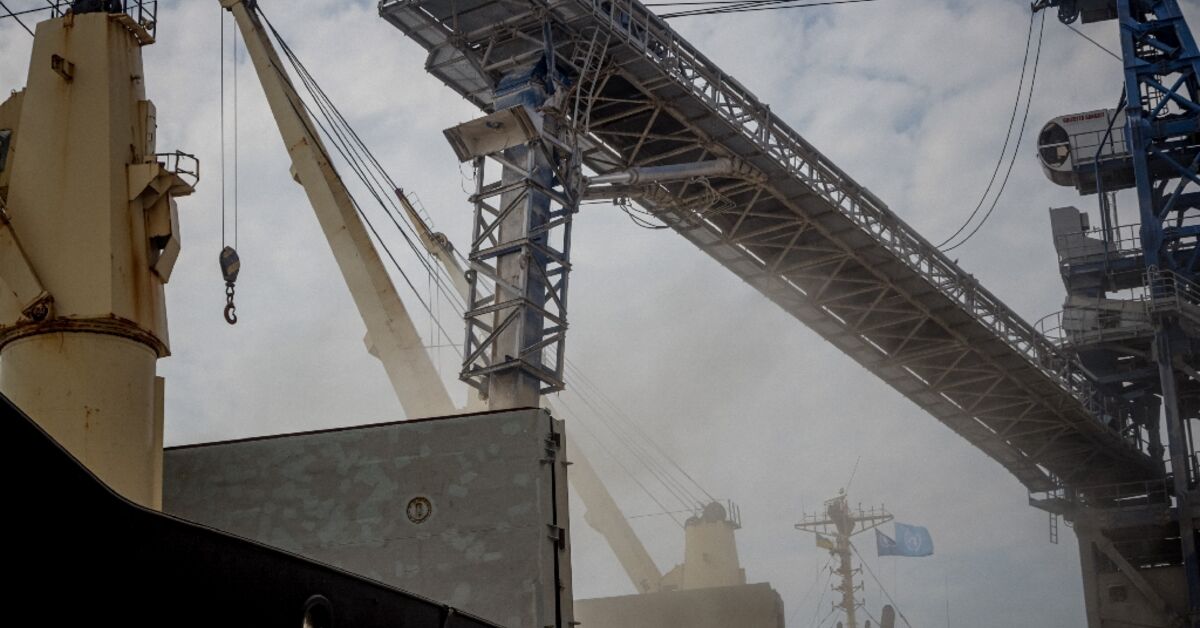 World leaders on Tuesday called for urgent efforts to tackle global food insecurity amid fears of disastrous harvests next year, as Ukraine’s president blamed Russia for the crisis and sought the world’s “toughest response” against Moscow.

In the margins of the United Nations General Assembly, ministers from the European Union, the United States, the African Union and Spain met to discuss food shortages, which are seen as a major factor in conflict and instability.

He blamed Russian blockades and other “immoral actions” for curbing the exports of Ukraine, a major agricultural producer.

“Russia must bear responsibility for this,” he said.

“There is no peace with hunger and we cannot fight hunger without peace,” Sanchez said.

The Group of Seven Great Industrial Powers pledged $5 billion to fight food insecurity at a summit in Germany in June, but German Chancellor Olaf Scholz said there was still “great urgency”.

“The Russian war of aggression has fueled and accelerated a multidimensional global crisis. Countries in the South with past vulnerabilities have been hit the hardest,” Scholz said.

In his own speech on Tuesday, French President Emmanuel Macron said his country will finance shipments of Ukrainian wheat to Somalia, which is at risk of famine.

Ukraine is one of the world’s largest grain producers and the Russian invasion pushed prices up worldwide.

Russia has blamed Western sanctions, a claim denounced by Washington, which says it does not target agricultural or humanitarian goods.

Turkey and the United Nations signed a deal in July between Russia and Ukraine to allow ships carrying grain to pass through the blocked Black Sea.

Putin has recently criticized the deal, pointing to shipments headed to Europe. US officials say some of the grain is then processed and sent to poorer countries.

“Despite some of the misinformation still coming out of Moscow, grain and other food products end up in the most needy countries, mainly in the South,” Blinken said.

“It has also helped lower food prices around the world. So it has to continue, it has to be renewed. That is urgent.”

Concerns about the long-term effects are also growing. A recent report by the Ukraine Conflict Observatory, a US non-governmental group, found that about 15 percent of Ukraine’s grain supplies have been lost since the invasion began.

“It is very clear that the current food disruption and the war in Ukraine are having an impact on the next harvest,” said Alvaro Lario, incoming president of the International Fund for Agricultural Development.

“There are one or two harvests a year and we can already see it going to be devastating next year,” he told UKTN, warning that the impact could be “much worse” than Covid.

He called for longer-term action, involving billions of dollars in investment, to ensure the stability of food supply chains and adapt to a warming climate.

“We know the solutions and we have the institutions to make that happen. What is missing at the moment is the political will, in terms of the investment,” he said.

UN Secretary-General Antonio Guterres recently said the world had enough food by 2022, but the problem was distribution.

If the situation does not stabilize this year, we risk having a real food shortage by 2023, he said.