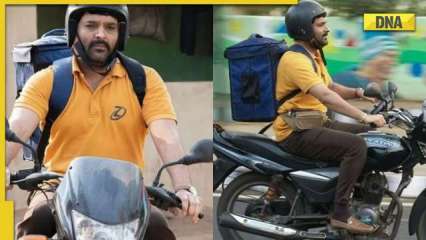 Kapil Sharma is about to make his Bollywood comeback after five years with Zwigato, a social satire on India’s food delivery economy that takes its name from the combination of the two names of food delivery giants Swiggy and Zomato. The film is directed by Nandita Das and produced by Applause Entertainment.

The comedian, who hosts The Kapil Sharma Show on Sony TV, shared the release date of the film on Friday, January 20 on social media, writing, “The long-awaited order of the year finally arrives! Zwigato. In cinemas on March 17th. A heartwarming story about a food delivery boy.”

Directed by Nandita Das, the spotlight shines on the lives of ordinary people in the emerging socio-economic realities of a digital India where hiring and firing is fast becoming the norm. Set in Bhubaneswar, the film highlights the role of the upcoming gig economy and revolves around factory manager Manas, played by Kapil, who loses his job with the outbreak of COVID-19.

To support his family of five, including his wife Pratima, played by Shahana Goswami, two children, and his elderly mother, Manas manages to get a job as a food delivery boy using the app Zwigato in which he struggles with the world of ratings and algorithms. This rating system gets him locked out of the app one day, making him unemployed again.

Kapil had taken a break from his comedy show to shoot for the film in Odisha. Before Zwigato, he also appeared in a few other Bollywood films such as Kis Kisko Pyaar Karoon and Firangi.